Sunnylands
In January Tom’s cousin, John came to Palm Springs for a visit. He had air miles to use up and he wanted to visit Sunnyland. Now Sunnyland was on my list of possible places to visit but I hadn’t yet done any research on it. John filled me in. It was the home of Walter and Leonore Annenberg Never heard of them? They owned a publishing empire, things like TV Guide and Seventeen are among their publications. Do you watch PBS? That’s right the Annenberg Foundation. Their home was designed by A Quincy Jones in the mid-century modern style in Rancho Mirage. I could go on about how presidents from Nixon to Obama played on their private 9 hole course, or that they entertained Queen Elizabeth and Prince Phillip but the web site does a better job. https://sunnylands.org/tour-the-historic-estate/ We took the ground tour with John then went back for the interior tour. I will finish by saying if you are ever in Palm Springs, go and visit Sunnylands it is fabulous. No interior pictures were allowed but here are some exterior shots.
We also enjoyed two meals with John, and he came back for Mid-Century Modern Week for another visit. It was wonderful to visit! 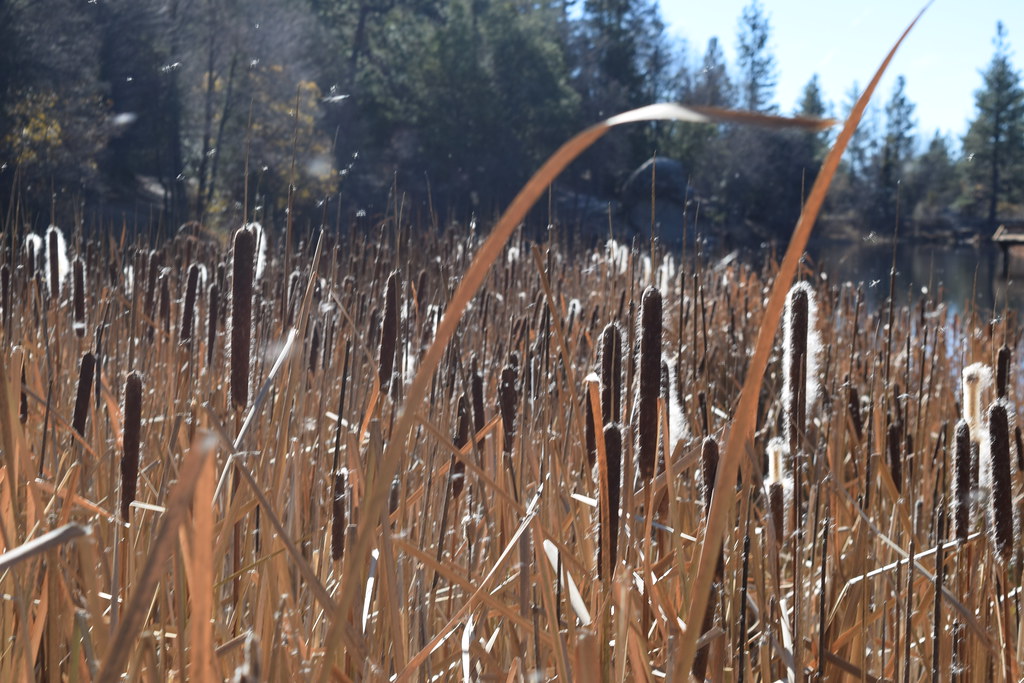 Scenic DRIVES
Stretching over 45 miles from the San Bernardino Mountains to the Salton Sea with the San Andres Fault cutting down the middle the Coachella Valley and its surrounding mountains is a fantastic place, but too large to explore except by car. We took several long scenic drives up into the hills, as well as a long ride down to the Salton Sea.
The Santa Rosa/San Jacinto National Monument rises up from the town of Palm Desert along California 74. We followed the winding road through the cutbacks to a vista point at about 5000 feet for a spectacular view of the Palm Desert below and the valley floor east to the Salton Sea. Then over the crest of the mountain to an entirely different ecosystem. The Palm trees were replaced by leafy trees and shrubs, open grassy fields and horse ranches. We passed through an area of a recent fire, where the trees were decimated, then into the little town of Idlywild. A destination town filled with small shops and restaurants, Idyllwild is significant hiking and snowshoeing area. We roamed the various stores, had a late lunch a dog-friendly restaurant then began our descent to the valley. Now far south of our climb, the road passed through the forest, offing many overviews of the valleys and lake far below until it crossed the crest of the mountain and again was a series of switchbacks to the valley floor. In the dusk, we could see the lights of the towns and the long snake of highlights that were Interstate 10. A few weeks later we reversed our course and went the opposite way on the same route. We would have returned again to Idyllwild but the Valentines Day storm wiped out the highway. 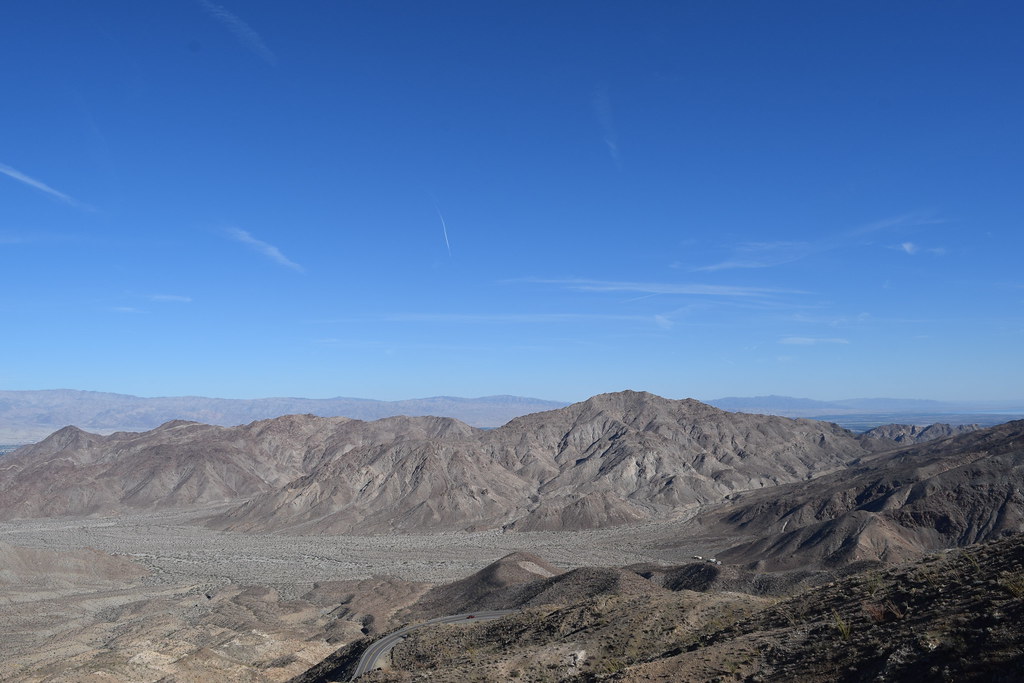 I remember a geography professor I had at Kent State, many years ago, talking about the Salton Sea. An inland saltwater lake in southern California created by mistake. Once a beautiful playground filled with pleasure boats, surrounded by campgrounds, it is now a smelly polluted disaster. We took a drive down to take a look. From a distance it looks like a beautiful blue lake but up close the smell of dead decaying fish is prevalent, the beaches and campgrounds are deserted. If you would like to know more, there is an excellent movie about the Salton Sea at https://www.youtube.com/watch?v=6aWu5CLLIT4
Pioneertown, located in the San Bernadino mountains, was a movie set town build back in the 50s by Gene Autry, and the Sons of the Pioneers. Now it is a tourist destination, the buildings house shops,, and dancehall girls. We enjoyed chatting with the characters, then watching the gunfight. Beside Pioneertown is a great music hall and restaurant, Pappy and Harriet’s. The food here was great, and every evening they have local and some not so local bands perform. We, unfortunately, could not get reservations for any of the nights we were there, it is that popular and most are free. Most of the performers are up, and coming groups but frequently better know or even famous performers just show up. The most well know Sir Paul, who put on a two-hour show. 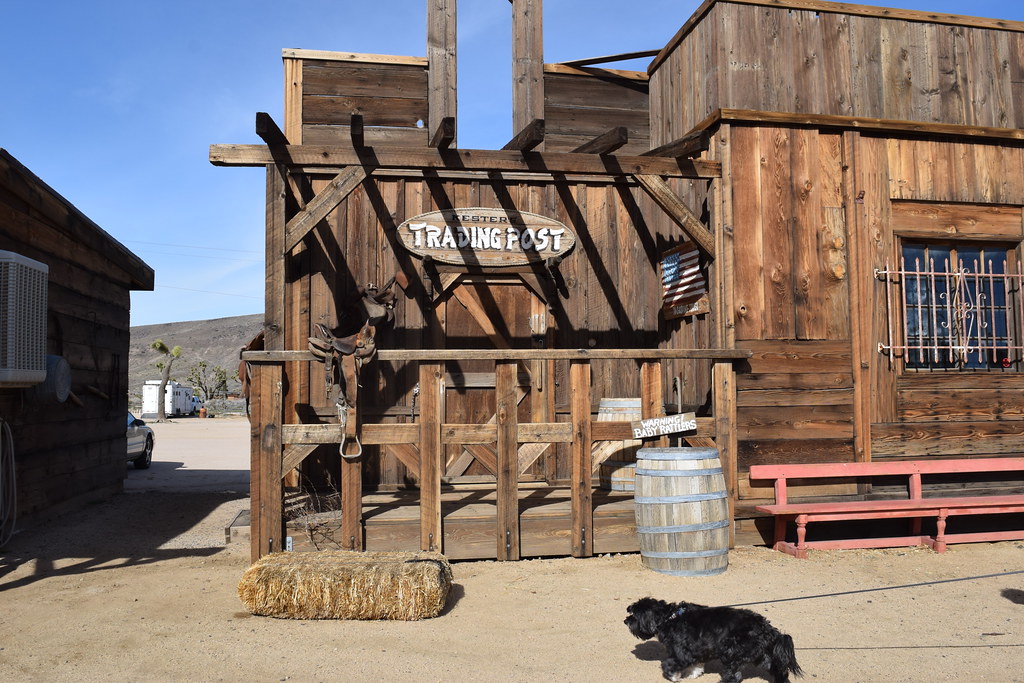 There were many other actives we participated in, restaurants we ate at, shopping we did and just lazing around the RV park, but I think these are the highlights. We made some great friends, Lory and Wayne, the full-timers from Maryland, Laura and Ken from Washington, Lori, and Ron, also from Washington, Dyann from Oregon and Janice and Elwin from Calgary.
Lastly, there was the weather. We expect to have warm days, cool or cold nights, lots of sunshine and little rain. November and December lived up to that estimation, except for dusk beginning at 4:30 the days were warm and lovely. In January things changed. About the middle of the month, the rains and wind came. Along the valley floor were sandstorms that were like driving in heavy snow. Somedays the drizzle kept us in all day. Without the sun to warm us, it was really chilly. It all culminated on February 14 with an all-day heavy rain that filled the dry washes with torrents of water. At the end of the day, almost 5 inches of rain had fallen, topping a record set in 1947. The bad news it washed out vital roads, closed the aerial trams until April, damages several of the golf courses and generally made a mess. The good news was it also created the California Wildflower Super Bloom, blanketing the hillsides and the fields with masses of wildflowers.
We had a great winter. 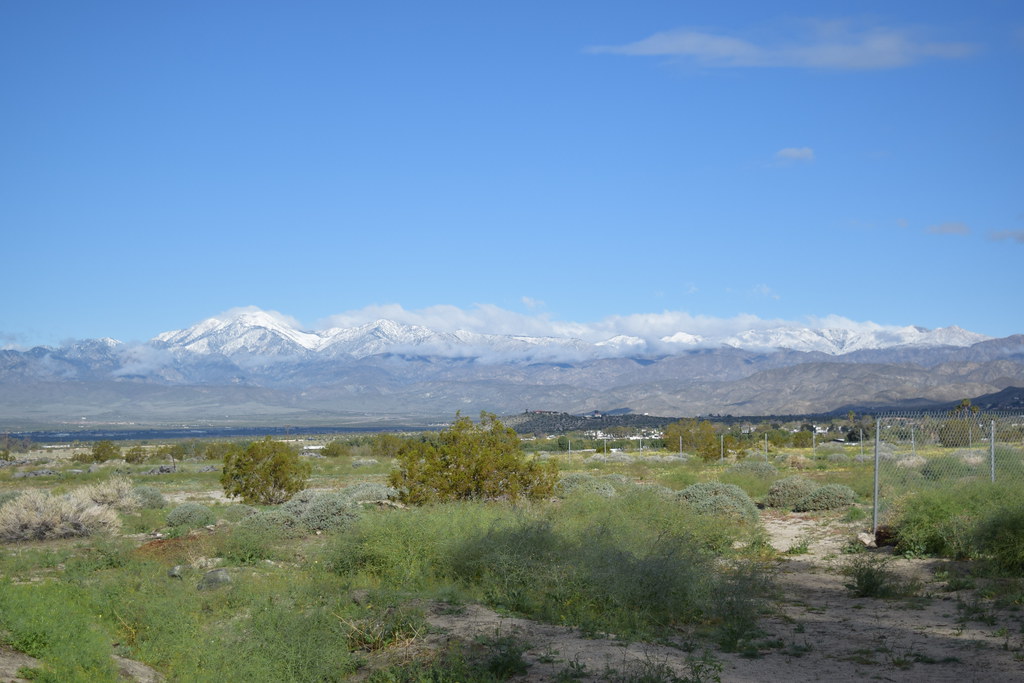