The drive from OK City to Amarillo TX was peaceful and for me at least restful. Going west on I40 we gained about 2300 feet of altitude, so it was a steady climb. The countryside changed from flat fields to steeper hills with gullies carved into them, and back to areas filled with corn, wheat and of course cows. We arrived at the Amarillo Ranch RV Park about 1:30, after unhooking the towed we relaxed before heading over to the Big Texan Ranch Steakhouse. The Big Texan is well known for it 72-ounce steak challenge! The entrant must eat a 72-ounce steak, a large baked potato, salad, roll and 3 fried shrimp in one hour. The reward? Dinner is free. I didn’t think we would see any challenger, but sure enough, three men were taking it when we arrived. They did not succeed, but shortly three more challengers came. These were serious eaters, Molly Schuyler, had defeated the challenge in the past, in fact, she consumed 3 of the meals in only 20 minutes a few years ago. Actually kind of gross. Anyway, we enjoyed reasonable meals while watching the action. 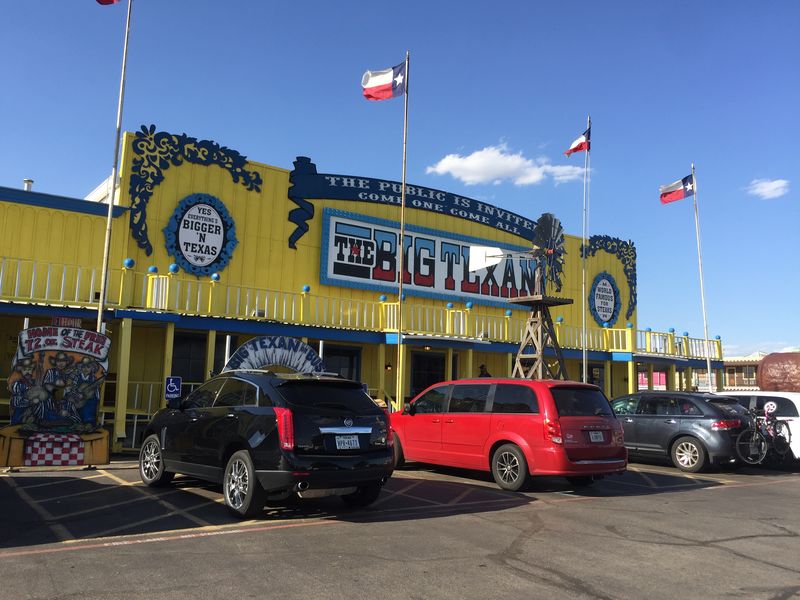 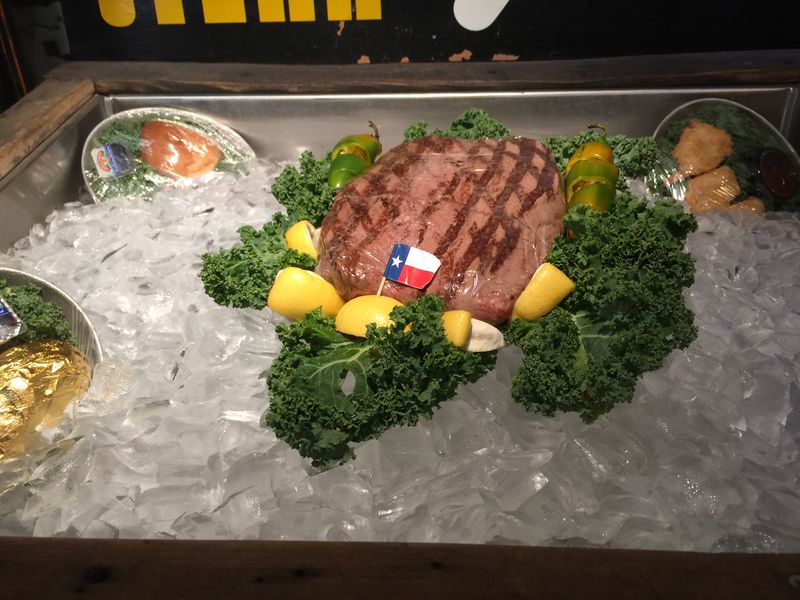 72 ounce steak
Rain started about 3:30 AM Wednesday morning brought with it cooler temperatures. By cool I mean 88 in the afternoon. Our trip for today was to Palo Dura Canyon located about 25 miles south of Amarillo; it is the second largest canyon in the US. Driving along the flat highways, it was difficult to believe there was a huge canyon ahead but soon we began to see smaller gullies on either side to the road. The canyon was deeded to the State of Texas by private owners in 1933, and in 1934 the US Government sent the Civilian Conservation Corps and US Army Veterans to develop the park. They cut the road to the canyon floor, built visitors centers, cabins, shelter, bridges, and cut trails. The State Park open in 1934.
The canyon has not always been peaceful. In 1874 the US Calvery under Colonel Ranald Mackenzie pursued a band of Kiowa, Comanche, and Cheyenne into the canyon. As the warriors attempted to put up a defense the woman and children escaped into the canyon with what they could carry. The calvary captured and burned the village, and slaughter the herd of over 1200 horses. Without food or shelter for the coming winter, the Indians were forced to return to the Reservation at Fort Sill Oklahoma. This ended the Native American resistance in the southwest.
The land was now open for settlement. Charles Goodnight and John Adair claimed the land for a cattle ranch. The canyon provided grass, shelter, and water for cattle the same as it did for the buffalo. Goodnight ordered the killing of the remaining buffalo except for a few that his wife requested be saved. Goodnight eventually owned over 1,300,000 acres of land with over 100,000 head of cattle.
The canyon was formed less than a million years ago by a river carving its way through the plains. It is 120 miles long and 600 to 800 feet deep.
Only a few photos, the RV Park WIFI will not let me upload more. 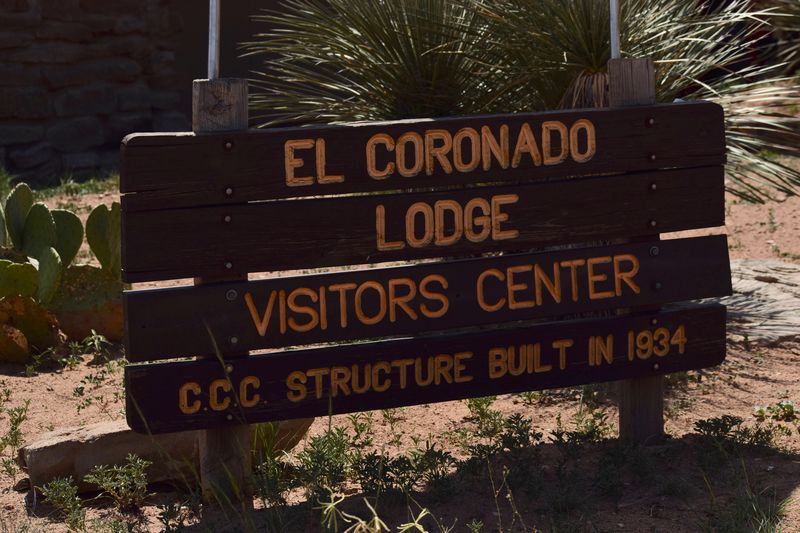 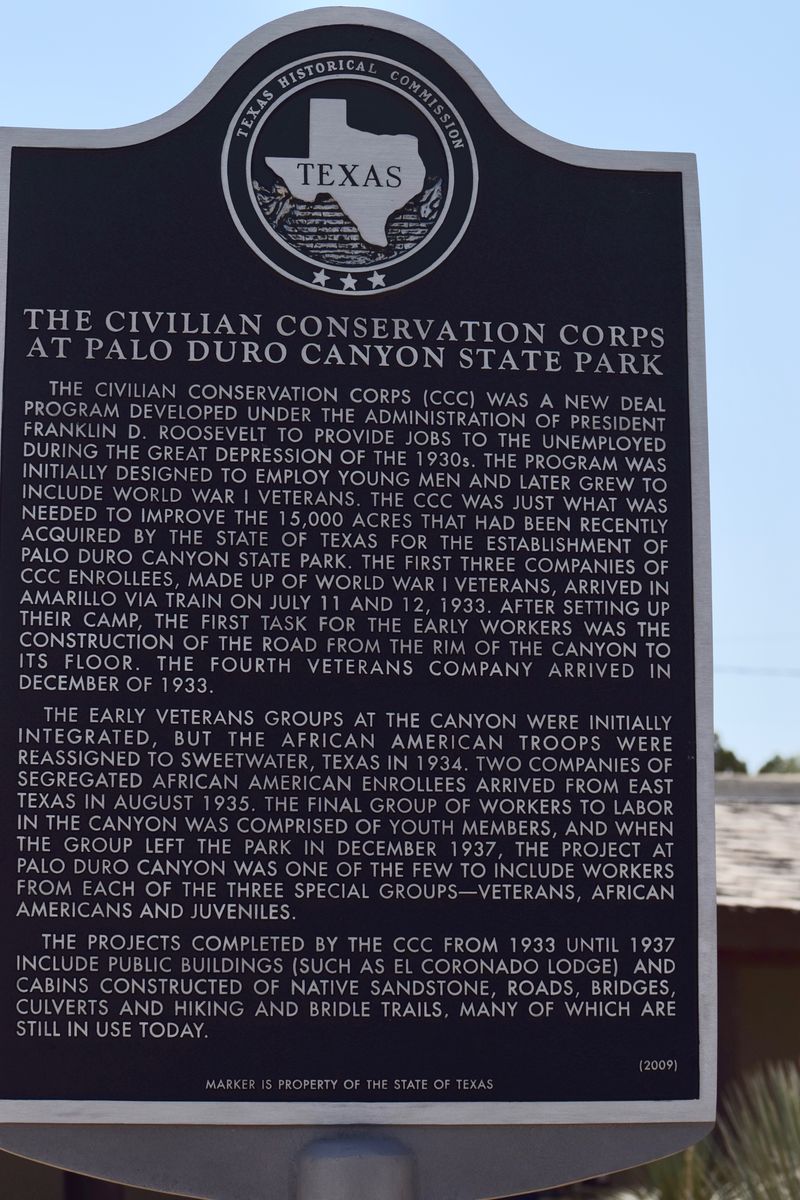 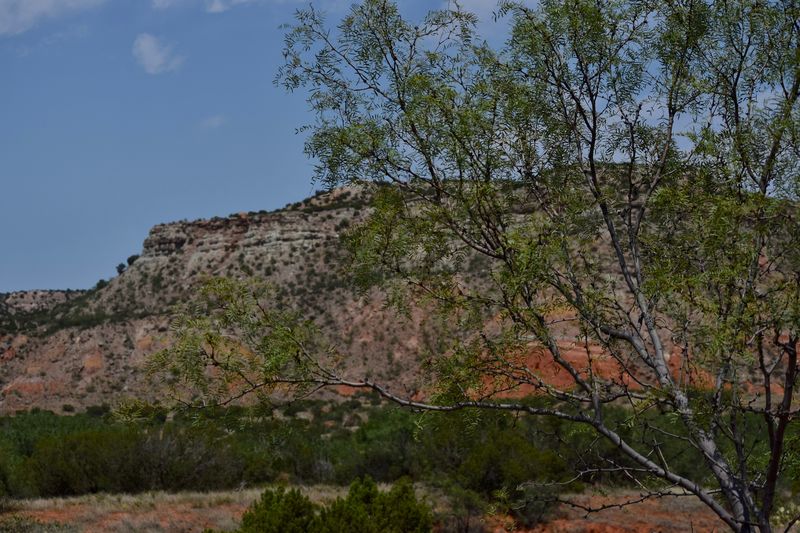 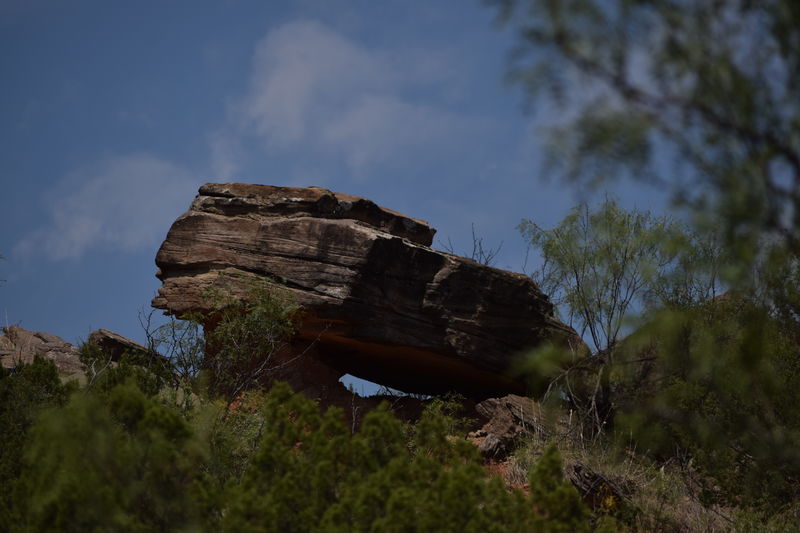 There was a storm Wednesday night, thunder and lighting. Thursday morning was relatively cool, in the high 70s. Our plan for the day was to visit the Alibates Flint Quarries National Monument and Lake Meredith National Recreation Area, located about 30 miles north of Amarillo, TX. The area was purchased from a local oil and gas company during the administration of and at the insistent of President Lydon Baines Johnson. I was the first national monument in Texas. The ancient history of this area goes back to 9000BC to 6000 BC when the Paleo Indians inhabited this area, they were the first to discover flint using it for spears to hunt the mammoth and ancient bison. Each group of ancient people continued the development of the flint quarries and the use of flint for hunt and protection.
The most important group for the development of the quarries were the Antelope People (between 1150 AD and 1450 AD). They began to dig pits 5 to 6 feet deep. Using tools fashioned from buffalo the fashion blanks that could be traded or fashioned into spearheads or arrowheads. Alibates flint has been found in many parts of North America along trade routes. The Antelope People were followed by the Apache, followed by the Commache, each used the Alibates flint to varying degrees. Once the buffalo hunters had slaughtered the herds, the Cammache were forced onto the reservation at Fort Sill, OK and the land was open to white settlers.
The XL Ranch next owned the land, using it to raise longhorn Cattle, driving them north to Dodge City where they were shipped to the east. XL was followed by several other ranches. In 1918 oil was discovered on the land.
In the 1960s archeologist, anthropologists, geologist, and others began a letter-writing campaign to persuade the Park Service to recognize the importance of this site and make it a National Monument. In 1965 President Lyndon Johnson signed the law creating the first National Monument in Texas. 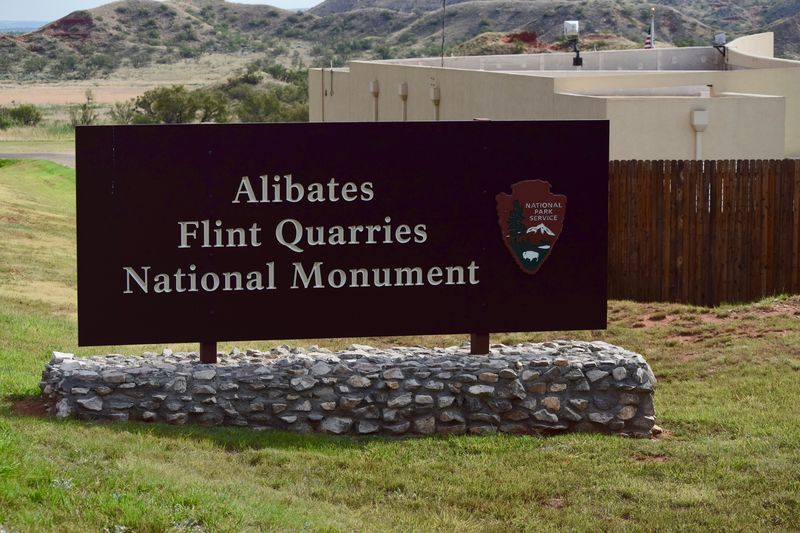 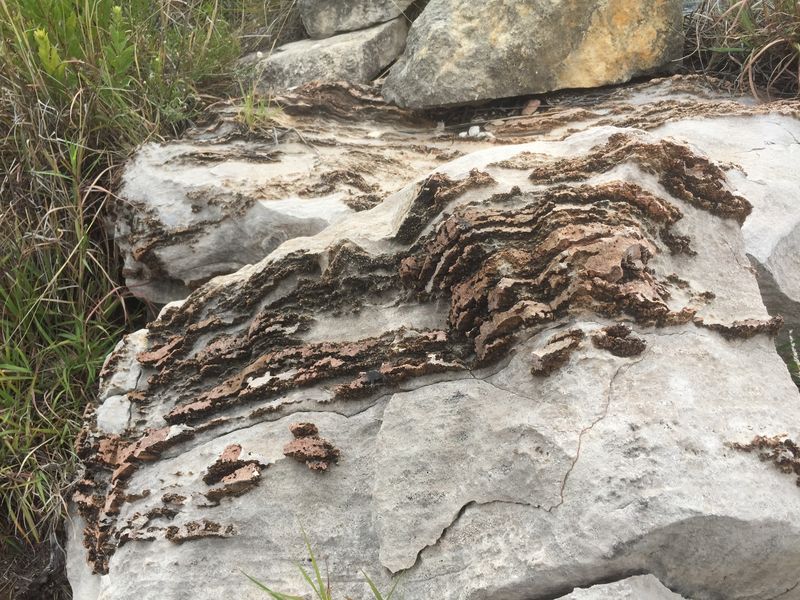 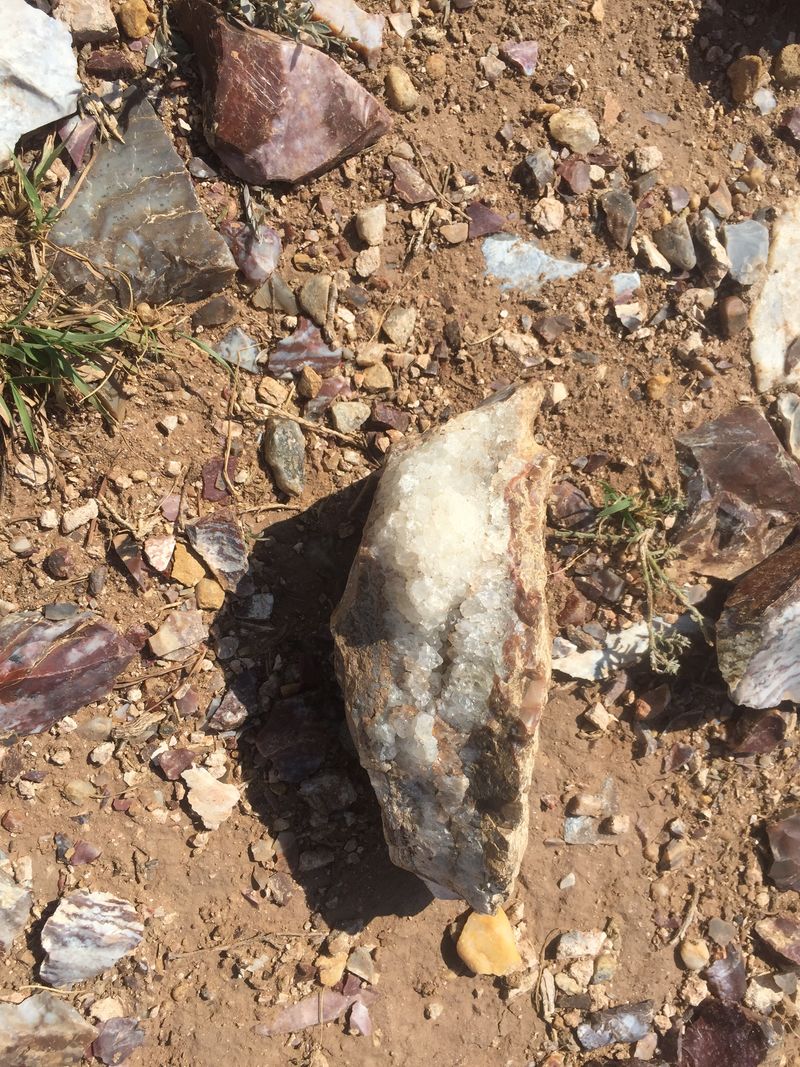 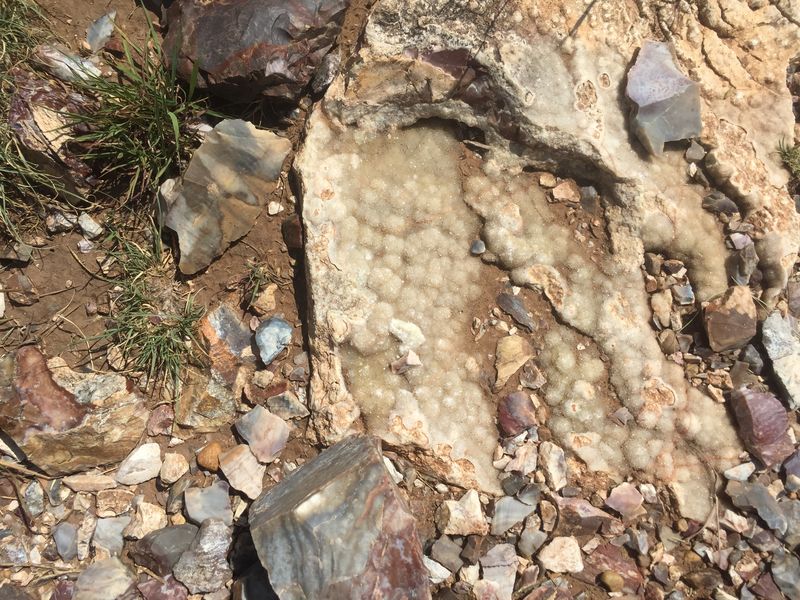 Quartz and flint
You can only visit the monument on a guided tour directed by Rangers and Volunteers. We had Joe as our guide. He is a local man, born and raised in this area. He had great stories to tell about the land, the natives, and the locals. https://www.nps.gov/alfl/index.htm
The name Alibates comes from a man who lived here Ally Bates.
Friday Morning we left for Albuquerque, NM.