Friday was a down day for us. Tom was not feeling well, while he slept, I organized my photos, worked on my blog, walked Gracie and took a nap. Overall a very satisfying day.
Saturday we were on the road again, going west on I40 then North on US89 to Page, AZ and Lake Powell and the Glenn Canyon Dam. It seemed like a pretty easy drive until we were about 20 miles south of Page. The road began to go up, up, up and up the side of a mesa, from about 5000 ft to over 7000. To the right a steep red cliff, to the left a drop to a broad plain. It was a bit daunting, but Tom and the RV did it.
Page is a relatively young town, it was constructed to provide a home for the thousands of workers on the Glenn Canyon Dam. Begun in1956, it was designed to control flooding on the Colorado River and to provide electricity for the growing cities of the Southwest. We took the 8:00 tour of the dam. After a stop at the metal detectors, we were whisked down several levels to an observation deck for a closer look at the structure and the lake it contains. The guide informed us of the number of cubic feet of water it holds back, its hight, how much concrete was used to build it and other structural information. One fact that stood out is that there is a 14-year drought and the water level is down 41%. A signification number for the future of the Southwest. A second elevator took us to the lower level where we could observe the electric generators at work. A very interesting morning. 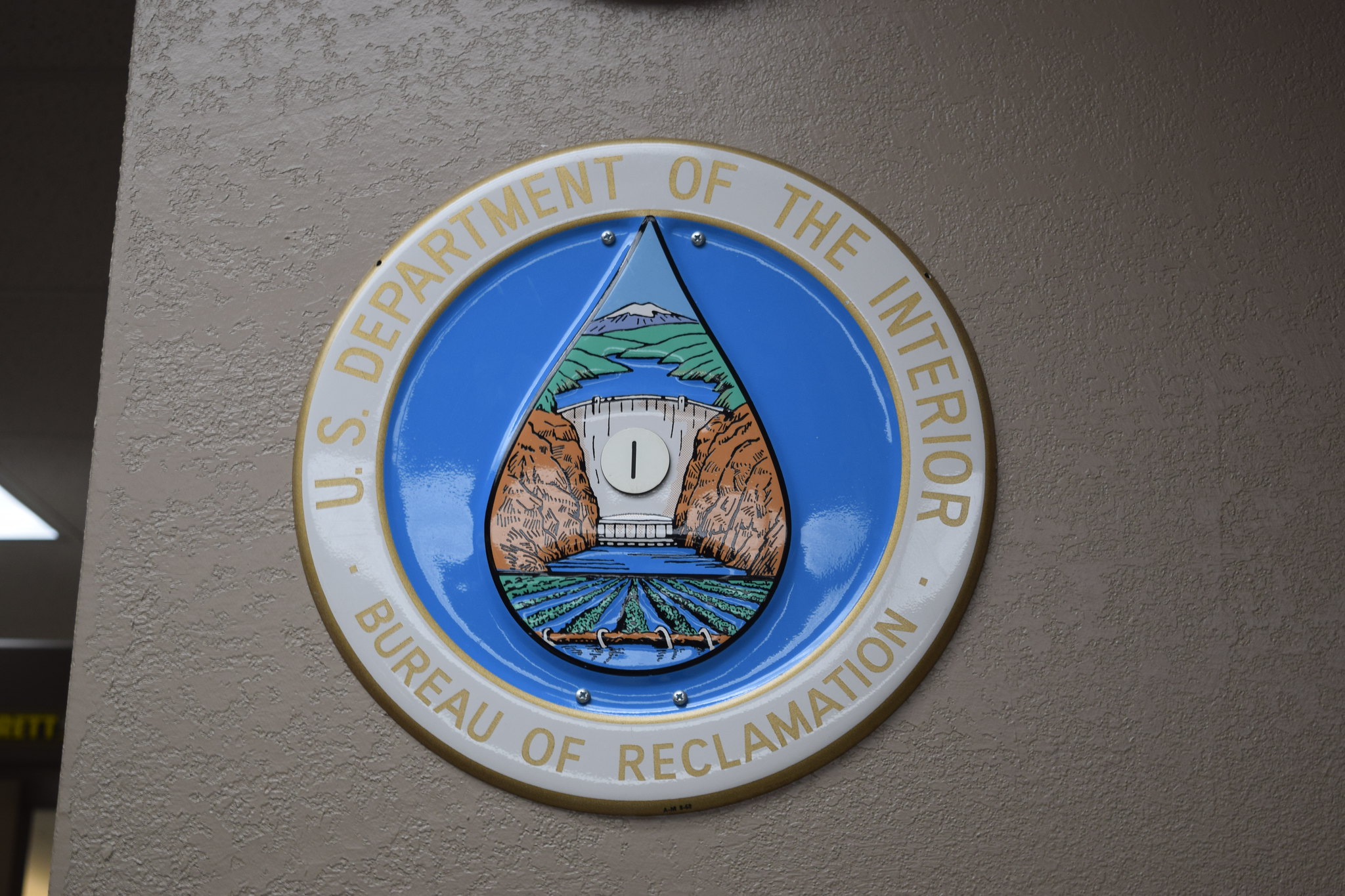 After lunch, we drove out Highway 87A to the Navajo Bridge over Glenn Canyon and the Colorado River, then continuing on to cliff dwellers structures and the Vermillion Cliffs. The smoke from the California fires hung low over the cliffs partially obscuring them and dimming the color. 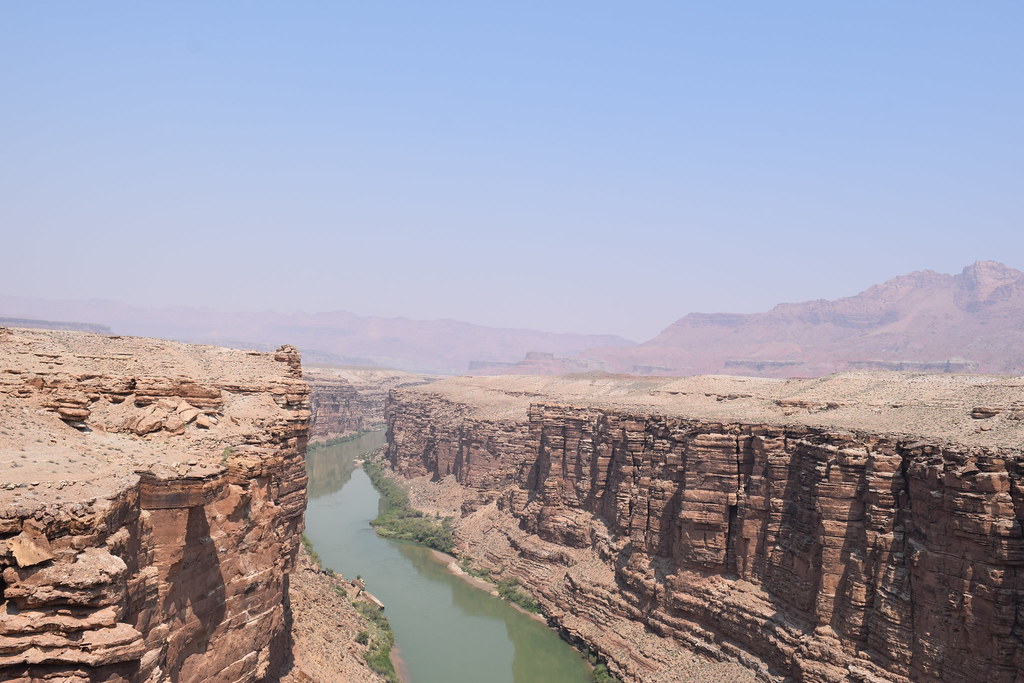 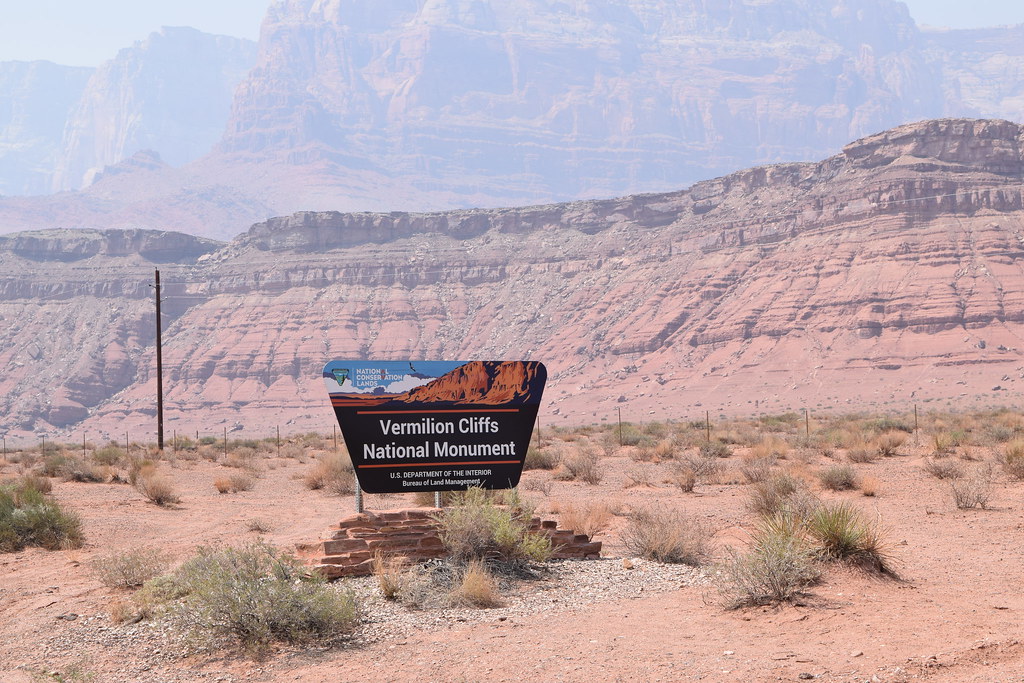 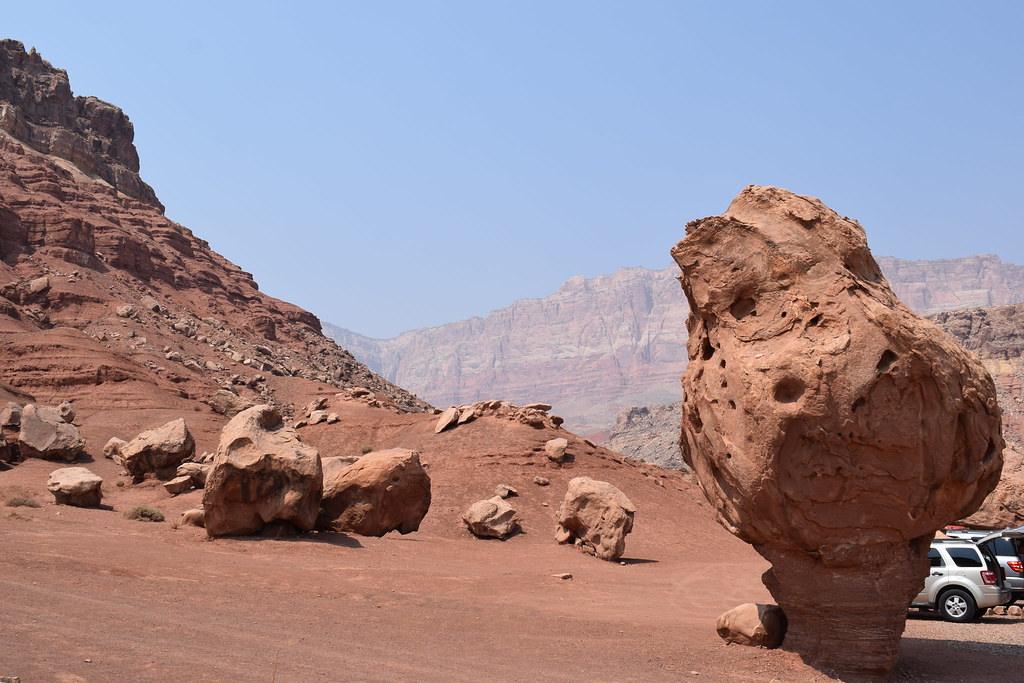 In the evening we had one more thing to do, watch the sunset over the horseshoe bend in the Colorado River. It turned out to be more of a hike then we expected, up a sand-filled hill then down to the cliff overlooking the river. An amazing sight. There must have been a few hundred people lining the cliff, some not so clever ones standing on the edge. The sunset was nice but partially obscured by the smoke. 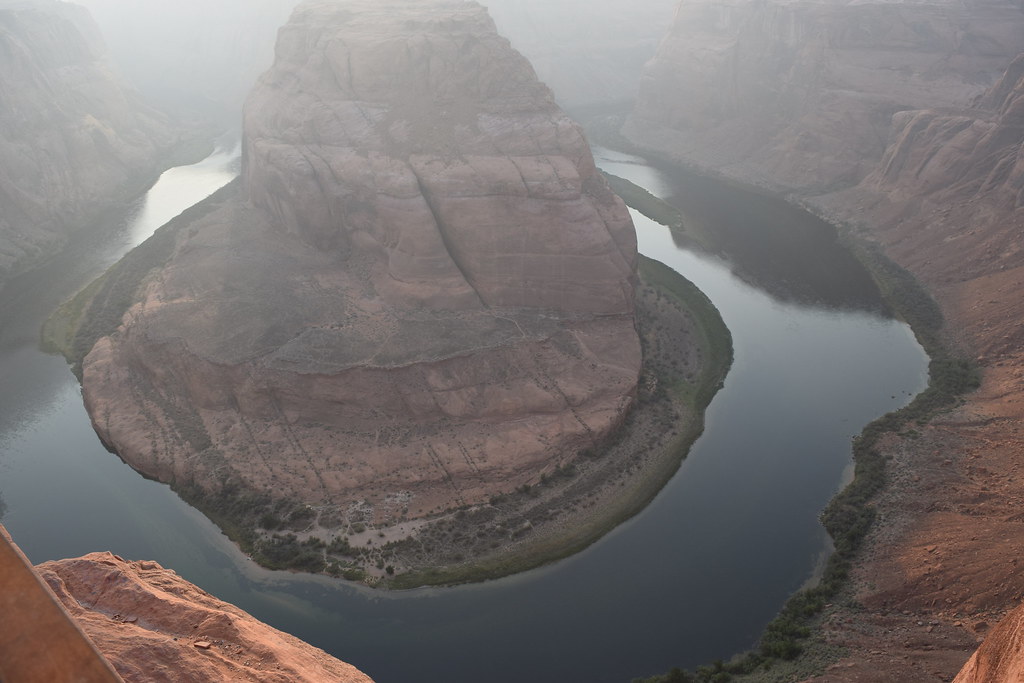 Monday morning we were up early for our trip out to the Antelope Canyon Slit Canyons. The canyons are on the Navajo Reservation just a few miles east of Page, but our tour was for 8:00 AM. (A little about time out here. Most of Arizona is on Pacific standard time but the Navajo Reservation is on Daylight Savings Time and Utah, only a few miles north here, is on Mountain Standard Time. This is a bit of a problem when your devices hop from one tower to another.) Anyhow, we were there on time. The slot canyons are hard to describe. They were carved by the flood waters rushing through the sandstone. The pictures tell it best. 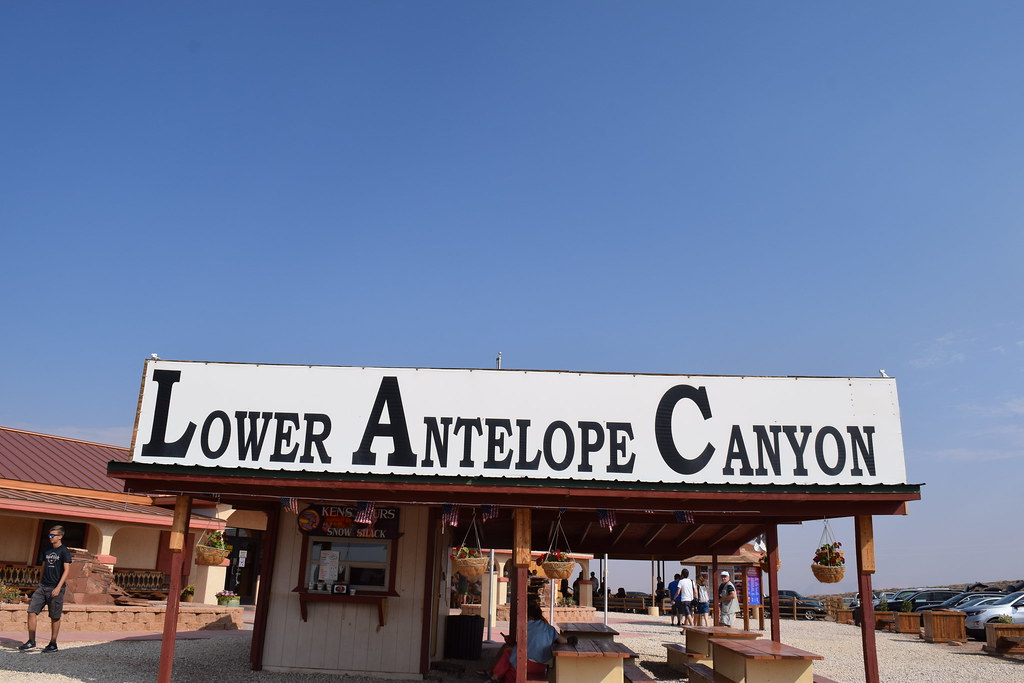 The air was beginning to clear of the smoke from the California fires, so we decided to travel up to the North Rim of the Grand Canyon. It was about 100 miles, so Gracie had to accompany us. The drive was beautiful out past the Vermillion Cliffs then up to Jacobs Lake where we turned to drive the final 45 miles to the park. We took a rest stop at the lodge at Jacob’s Lake where you can get a room, a meal, a coffee and shop for souvenirs. We each got a coffee, but the cookies did look inviting. 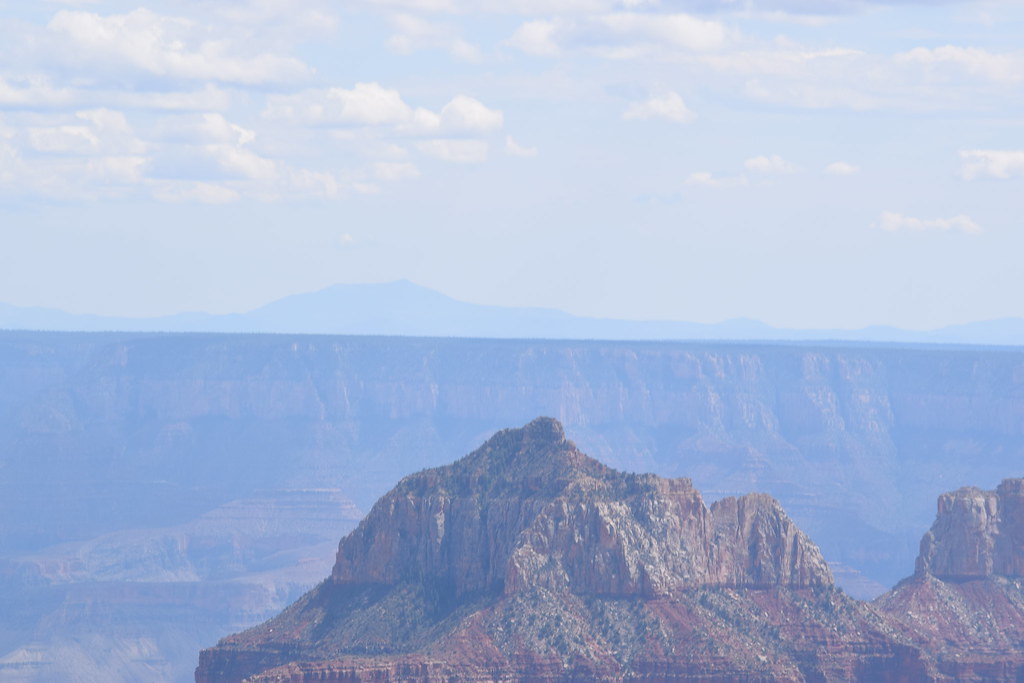 Passing into the park, where we used our ever ready Senior Cards for free admission, we encounter a large herd of buffalo calmly munching the grass, one lone deer, and it began to rain. By the time we reached the lodge area the rain was pouring down accompanied by lightning and thunder. We waited it out in the car for about an hour. When the sun came out, we investigated the parts of the park that allowed dogs, & took turns walking out to the point of rock overlooking the canyon. Spectacular! We were enjoying a lovely lunch of bbq beef on the stone patio when the clouds began to form and the rain began to fall. Driving back to Page were we accompanied by lightning and pouring rain. We did make a quick stop at Jacob’s Lake for a little fuel and a half dozen of those delicious cookies.
Tuesday Morning we packed-up and moved on to the South Rim of the Grand Canyon.