Yesterday we left Missoula, it was intended to be a short stay, only through the weekend. Missoula is a pretty city, sitting on the banks of the Clarks Fork River. The downtown has many of the old buildings have been cleaned and repurposed rather than torn down. The major shopping areas on the outskirts could be Anytown, USA.
Tom was interested in visiting the Rocky Mountain Elk Foundation Museum, an organization devoted to the preservation and expansion of wild elk in the US and Canada. It was interesting and educational. The many donated mounts were beautifully displayed. 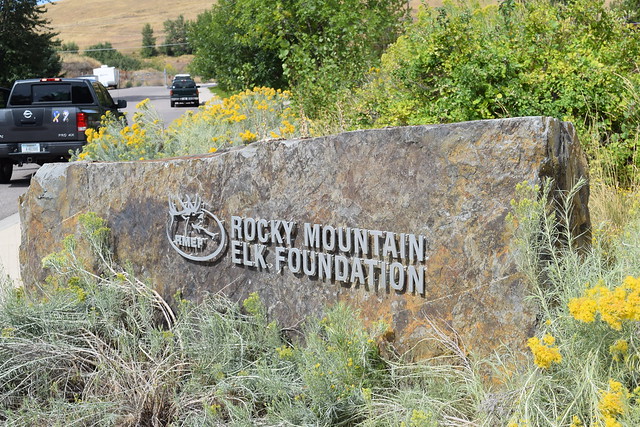 Downtown we found and photographed the office building of Janet and Dennis B’s lawyer, then drove around a bit to see the city.
The Fort Missoula History Museum was well worth a visit. Located on the grounds of the old fort, founded in 1877, there are several outside displays free to the public. There is also a building devoted to local history and a military history museum.
Missoula was once a center for the Montana logging industry, the logging exhibit included a Shay type steam engine (the original Shays were built in Lima, Oh and several of them are at Cass, WV. I took all of the Grandsons for a ride on the Cass line when they were little.) and other logging equipment. The fire tower reminded me of camping when we were kids. Every state park had a fire tower to climb. The fire towers were built and manned in response to the 1910 fire that destroyed over 3 million acres in Montana. 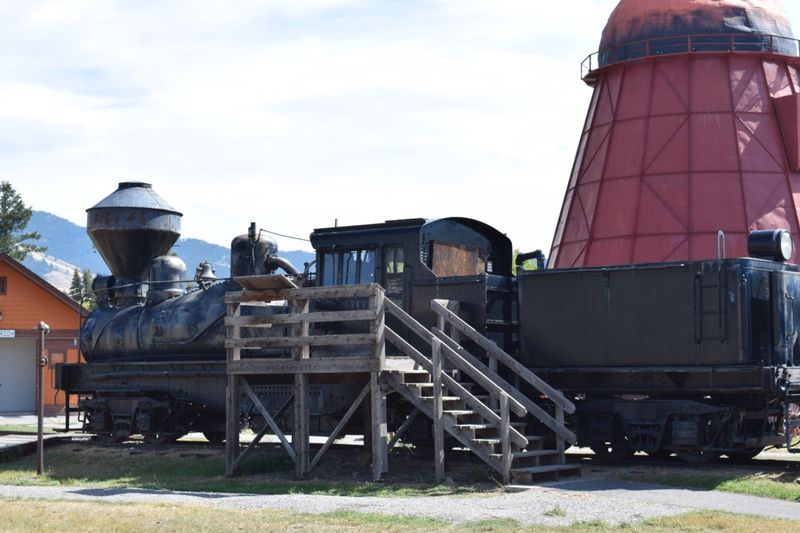 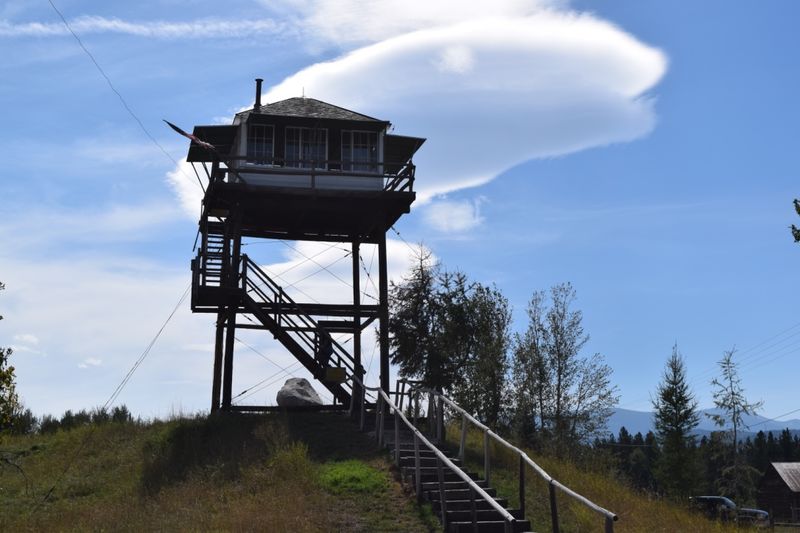 One of my favorite things was a train car library that traveled to the various logging camps bringing reading material to the men. The librarian lived in the train car. A brilliant idea! 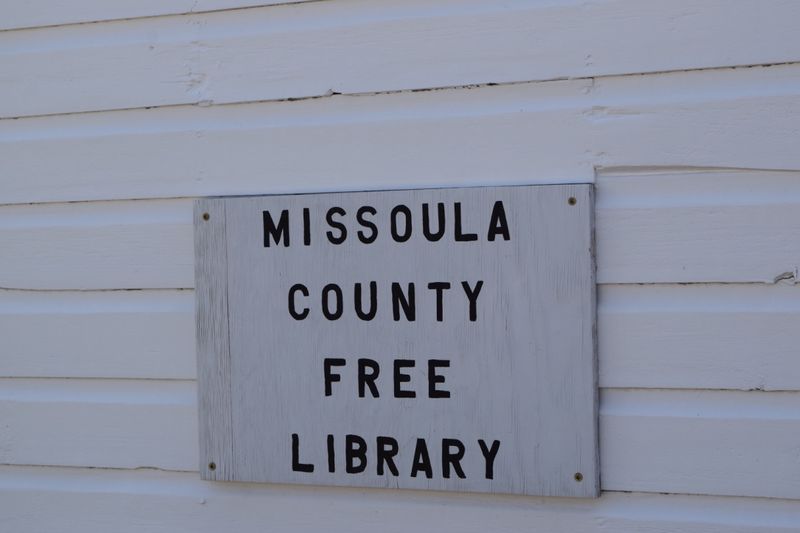 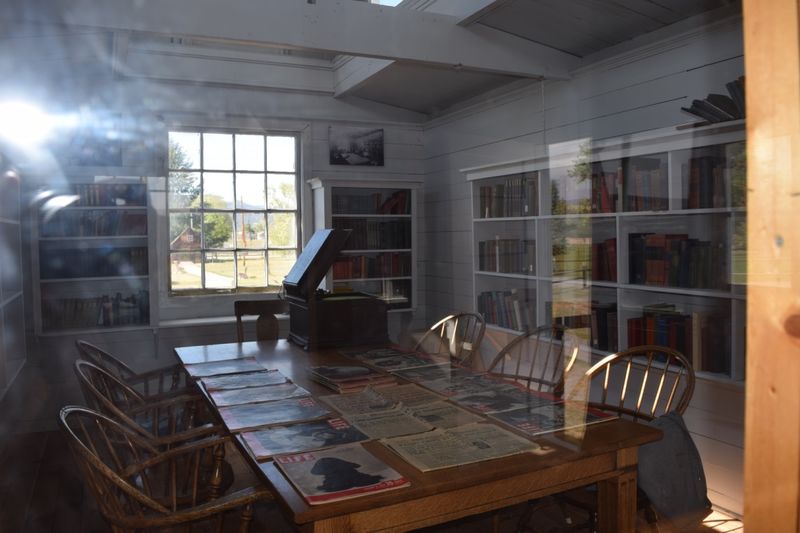 Several other historic buildings from the Missoula area have been moved here. An old one-room school house from Grant Creek, complete with desks, and chalkboard. The school was built by the father of Jennette Rankin the first woman to serve in the US House of Representatives in 1916. 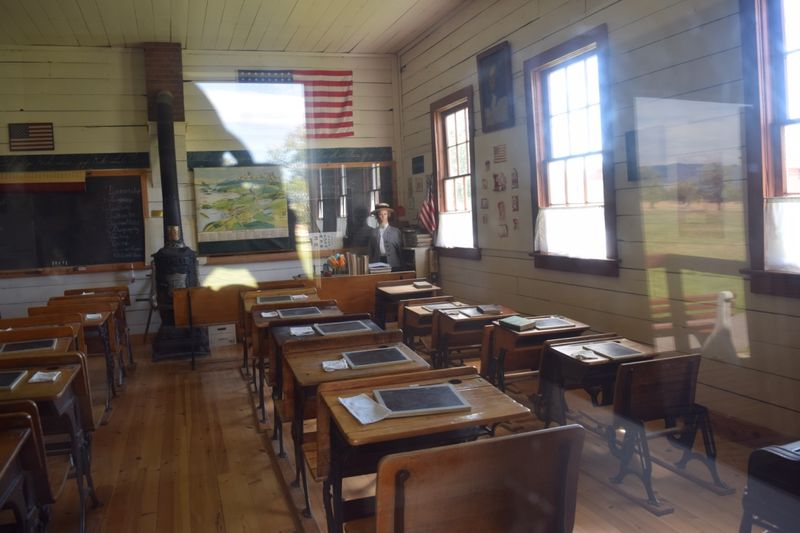 St. Mary Church, built by the Jesuits for the Indians in the town of Hell Gate, MT. It has been moved twice, first from its original site to downtown Missoula then to the Fort. 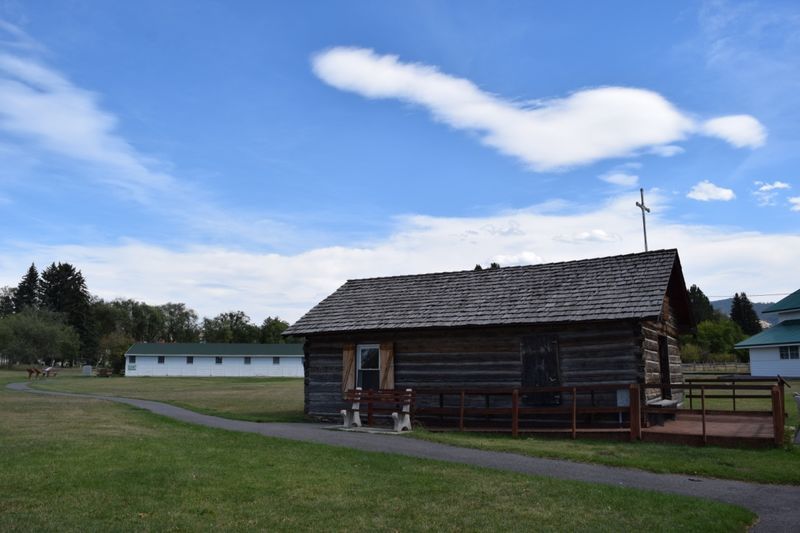 The Drummond MT train station complete with the original outhouse.
The NCOs' log cabin constructed in 1978 and one of the fort original buildings. 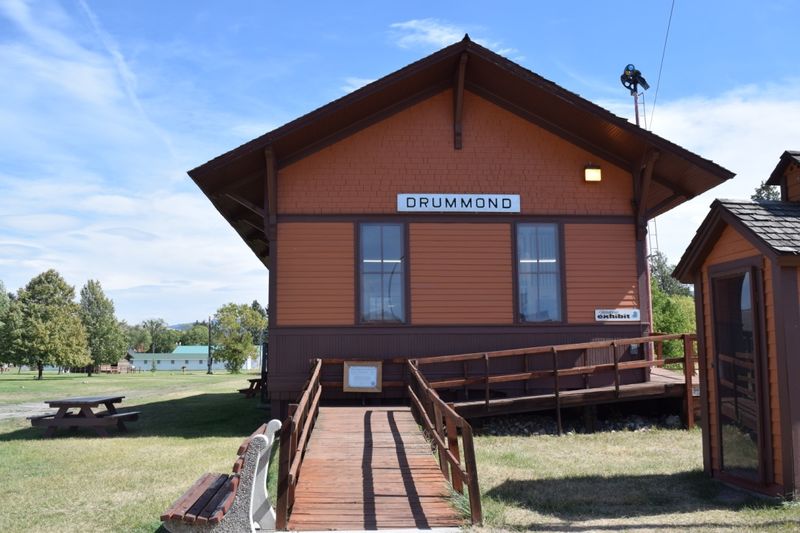 A Civilian Conservation Corps made this fort it's home. Used as a training site, the young men trained here went on to work in our National Parks, National Forest, fought forest fires during the 1930s. 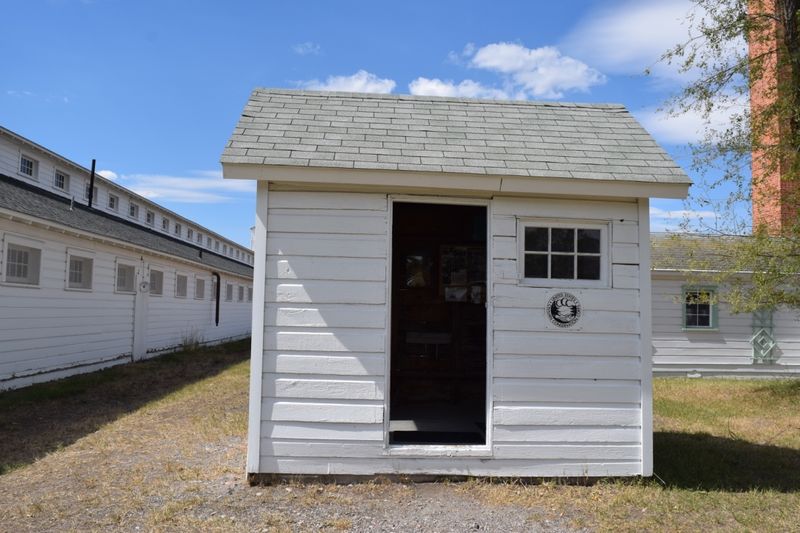 Fort Missoula was also used to house Italian nationals trapped in the US when Germany and Britain went to war in 1939. Unable to return home, they were considered dangerous to the US and place in internment camps until the war’s end. 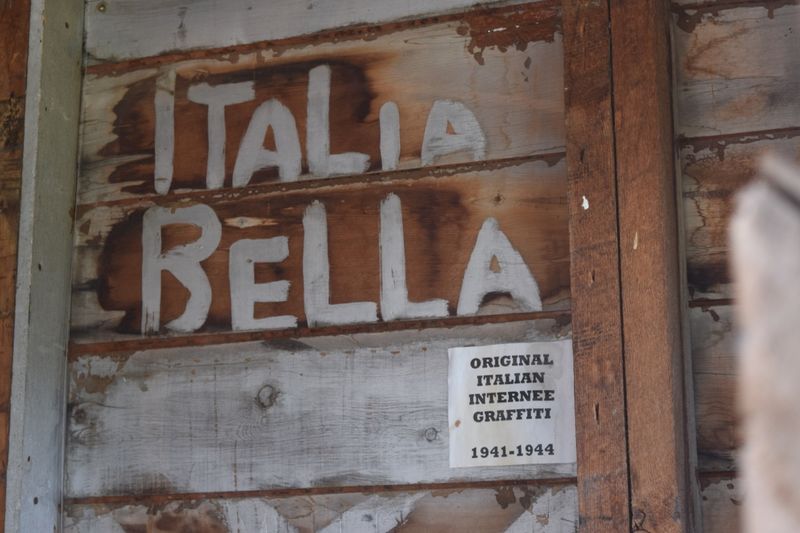 Another bit we learned in the Military Museum. One of the Marines who was with the original group that raised the flag on Iwo Jima was Louis Charles Charlo, from the Bitterroot Salish Tribe of Montana
He was later killed in battle.
http://indiancountrytodaymedianetwork.com/2011/11/07/american-indian-marine-was-part-iwo-jima-kept-out-spotlight-60406
Back at the RV we walked the girls, had dinner, played a round of Mini golf and had a good night’s sleep.
We are now in Butte.