Before the building of I40, Old US 66 passed through the park. This is a memorial to those times. Tom added a little bit of Ohio to the scene. 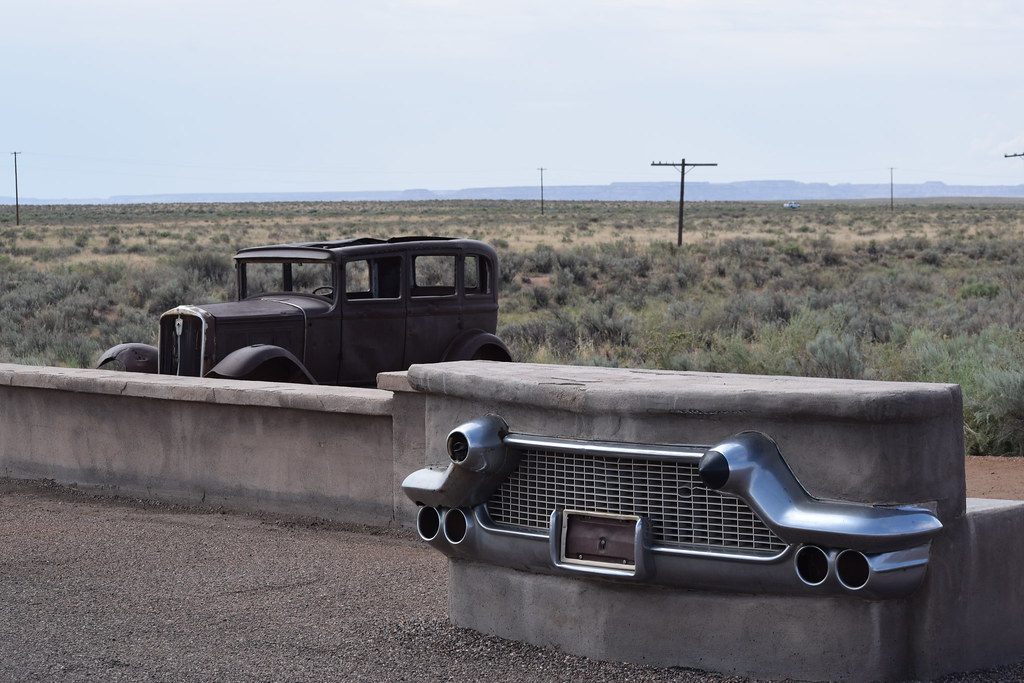 There are many signs that prehistoric people inhabited the park. The Peurco Pueblo and Newspaper Rock are some of the artifacts left behind by these people. The pueblo contains the remnants of their homes, a Kiva (a room used for religious or political meetings), petroglyphs and a split rock denoting the summer solstice. Newspaper Rock contains over 2000 petroglyphs, some as old as 2000 years. 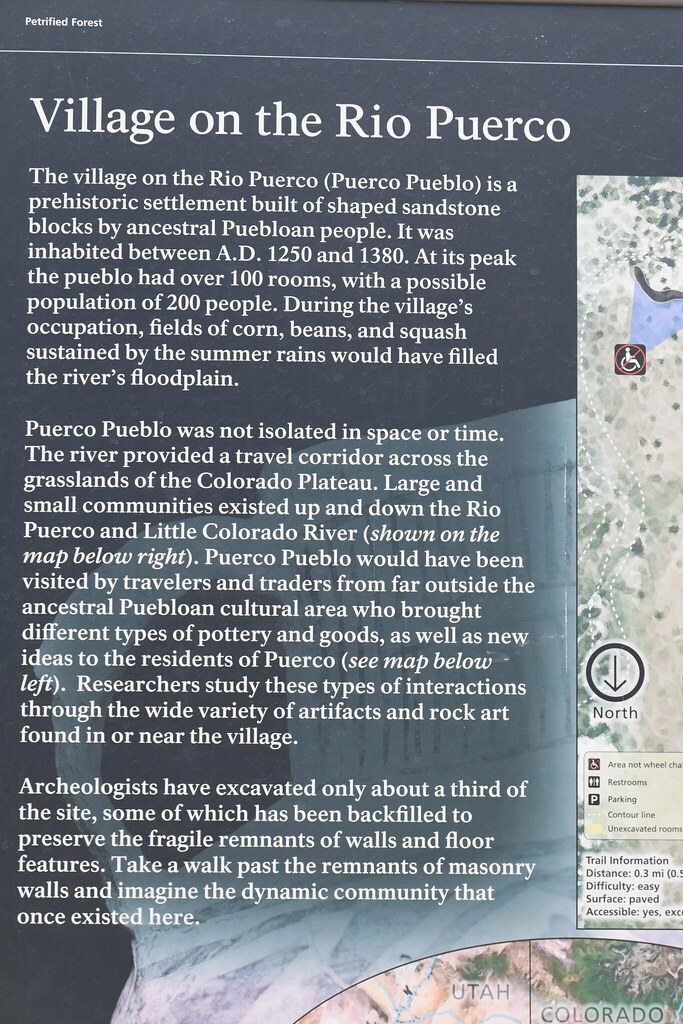 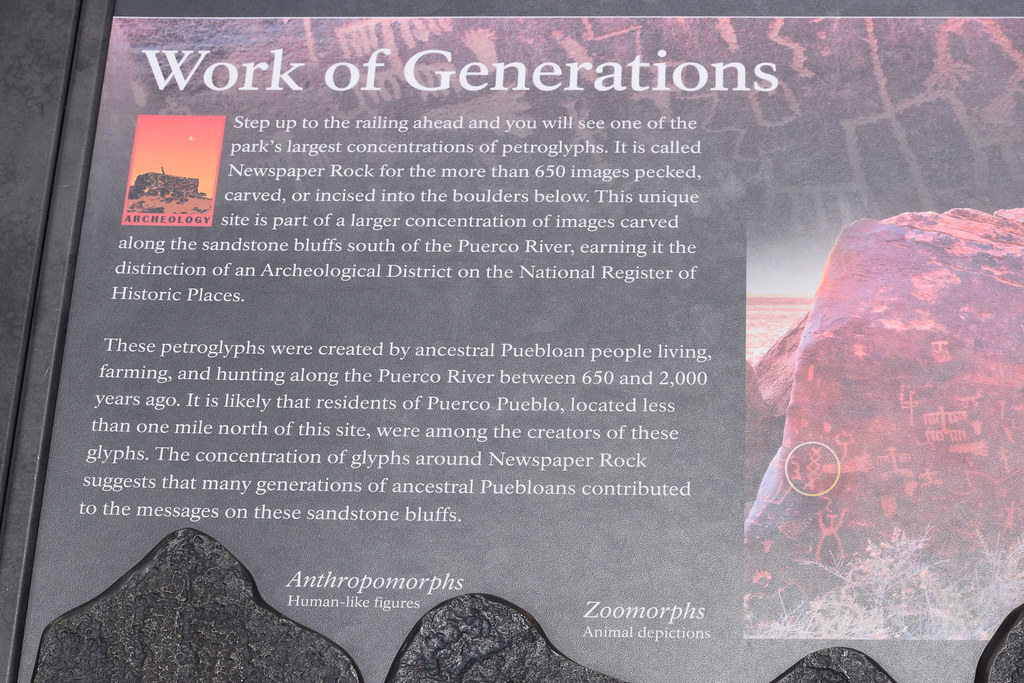 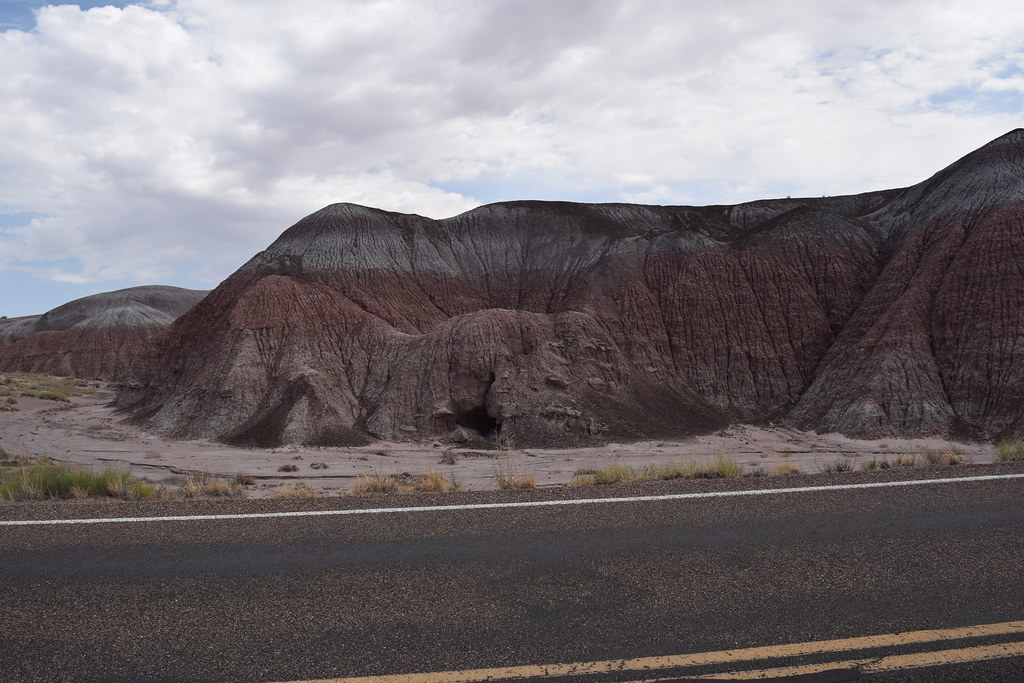 The Blue Mesa loop took us into the badlands area, where we could observe chunks, logs, and fragments of petrified wood across the landscape. In one picture is a large log sitting on top of a mesa. The walls of the mesas looked purple on the day we were there. I don’t think the pictures do it justice. 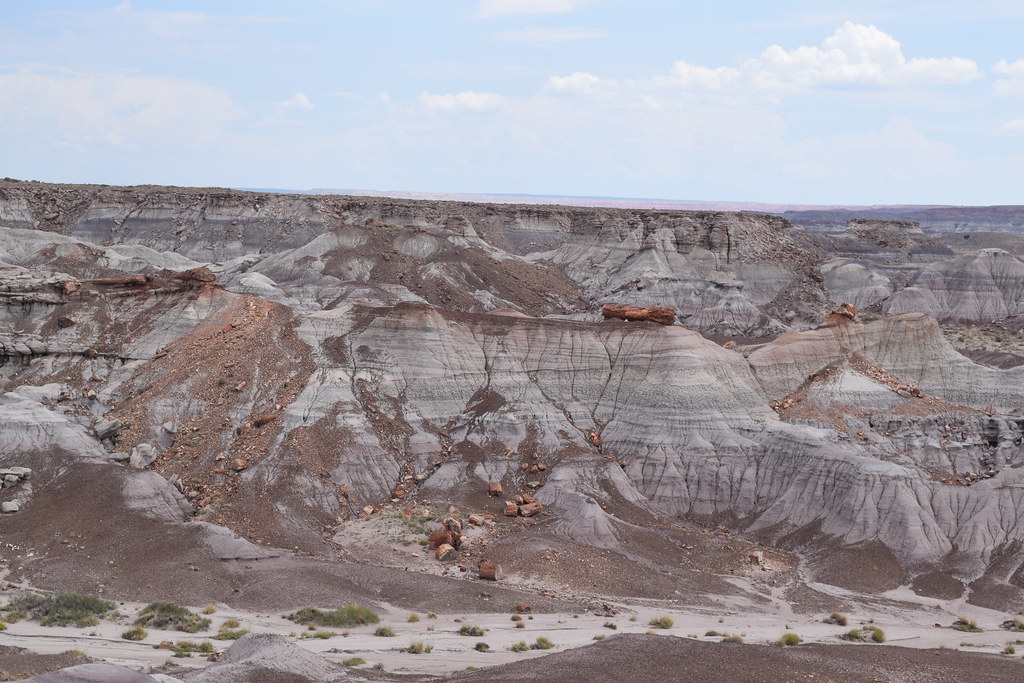 The Agate Log is a 110 ft petrified log across a gully. It is protected by a concrete support installed in early 1900s. 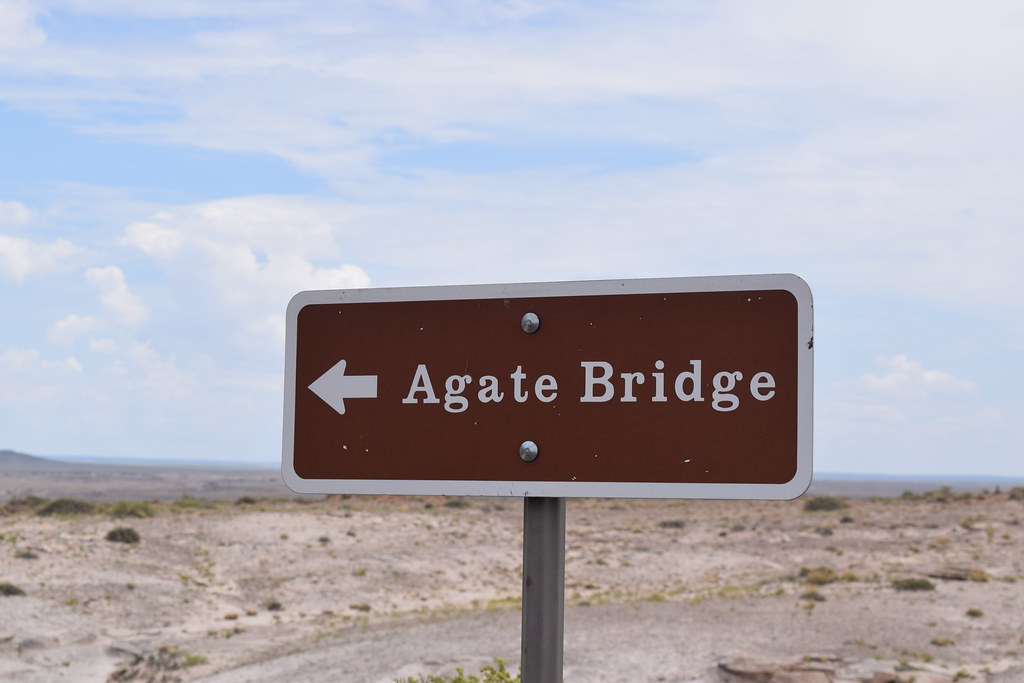 The Jasper Forest, an amazing display of petrified wood across the landscape. 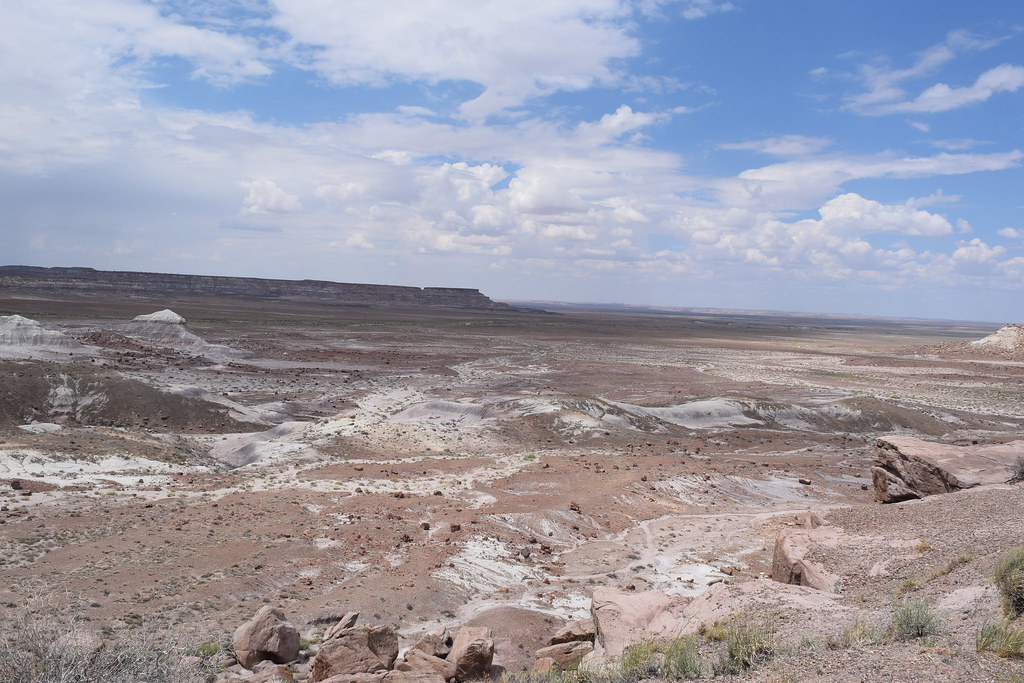 The logs of the Crystal Forest contain quartz crystals. As you walk among them they sparkle in the sunlight. Some of the crystals can be seen in the photos but not the sparkle. 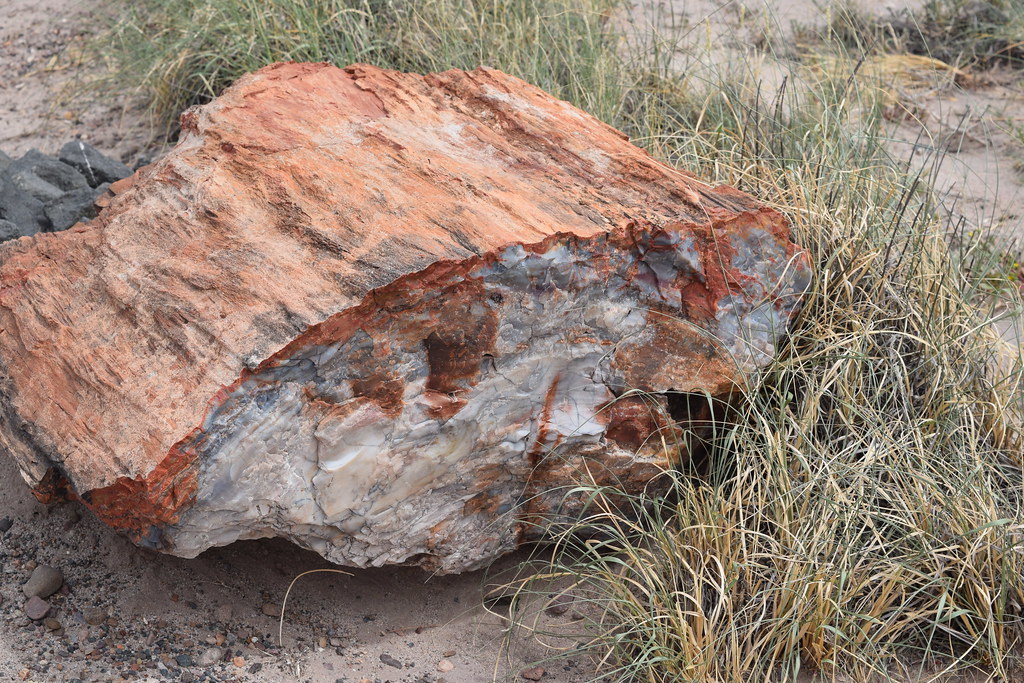 The Giant Log is a massive tree from the roots to the top. 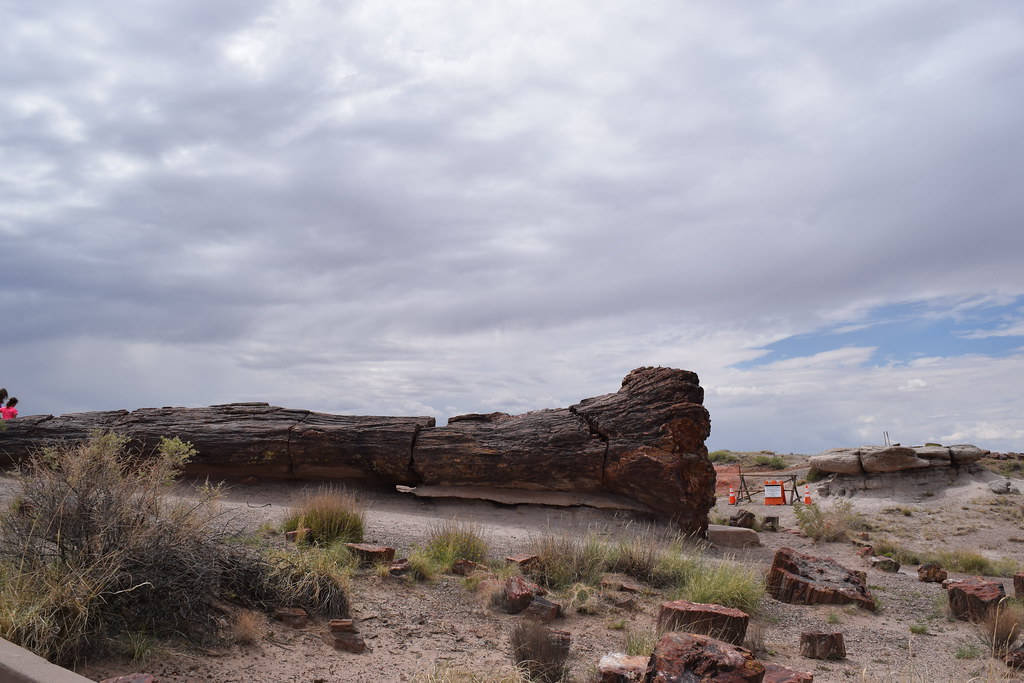 The end of the road, the Rainbow Forest Museum. 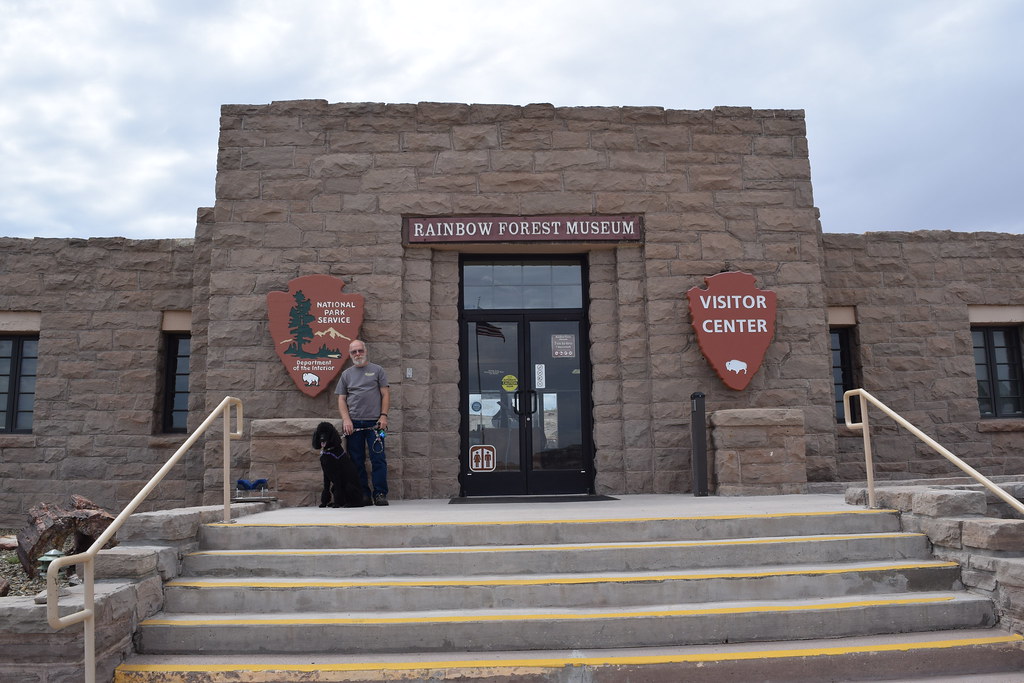 One last thing. Back in Holbrook we found this great remnant of Old Route 66. 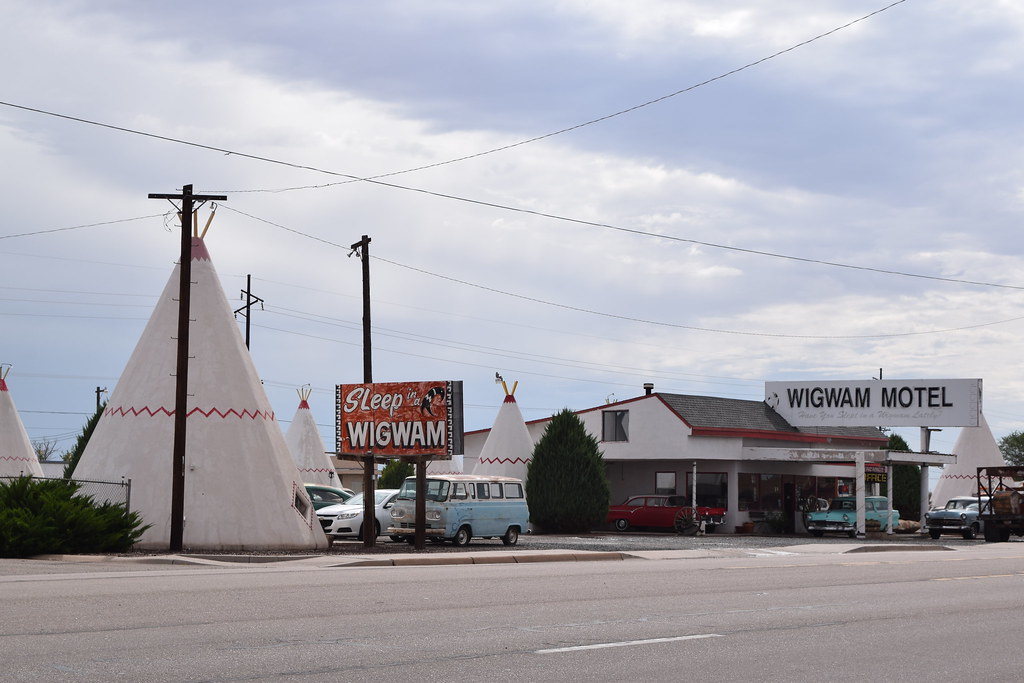