Redwoods and the Deep Blue Sea

We took two days to travel across the southern tip of the Cascades, dip down into Northern California then back into Oregon on the Pacific Coast Highway. South of Crater Lake we passed through the charming little town of Klamath Falls, Or then turned west through farm and ranch land into the Rogue River/Siskiyou National Forest to Medford, OR. Our stop for the night was at a KOA near Grant’s Pass. Saturday found us traveling south on US 199 towards Northern California. Now, everyone we spoke with assured us that this highway was “do-able" with our big rig and it was but the road was very narrow snaking through the mountains. Tom had to work hard and concentrate on keeping us off the rocky walls and out of the ravines. Our first sight of the redwoods left us with our mouths open. Magnificent is the only word I could think of.
Northern Cali was only a passthrough, we set up camp in Brookings, OR only a few miles north. Traveling back for a closer look on Sunday, our first stop, after the Dutch Brothers Coffee, was the Redwoods National Park Information Center. They advised two areas to see the oldest and biggest trees, The Newton B. Drury Scenic Parkway and Howland Hill Road. The Drury Parkway, located about 4 miles south of Klamath is a 10 mile drive through old growth Redwoods. The trees were breathtaking. So huge and magnificent we were left with our mouths open in wonder. They were far larger than I had ever imagined. To stand beside one is to realize our small we are, these trees have live for centuries. 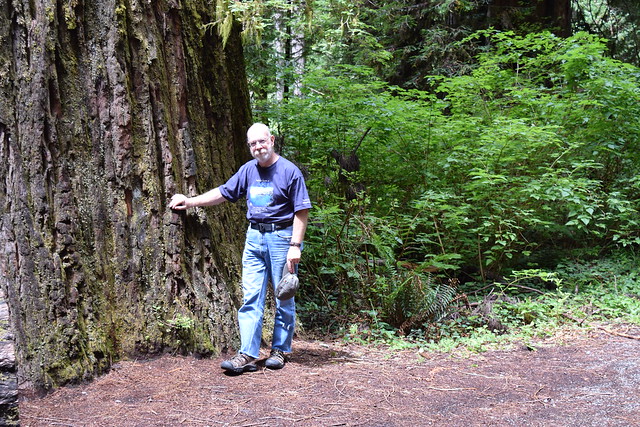 Just for fun we stopped at the “Tour Thru Tree". 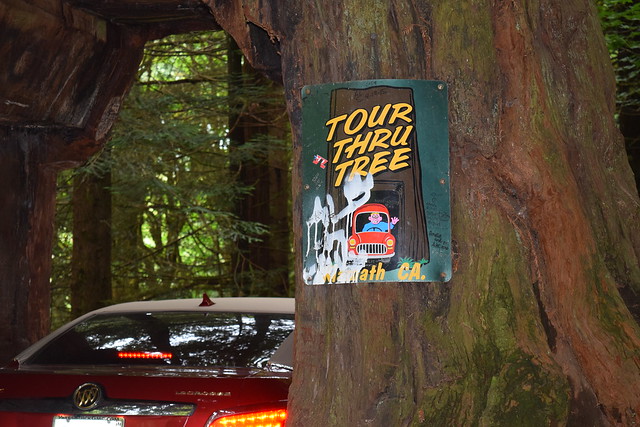 The drive down to the Parkway afforded us amazing views of the California coast. 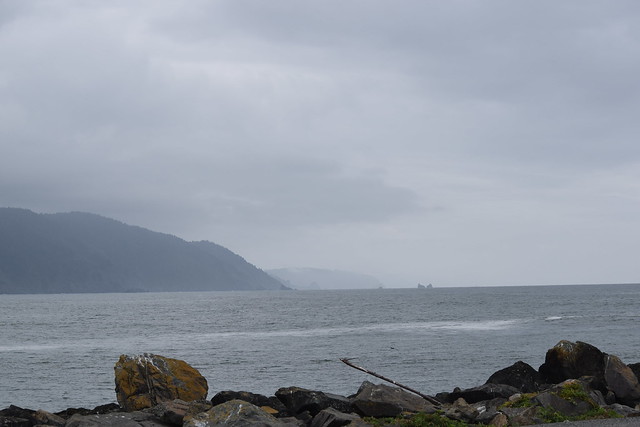 Returning to Crescent City we stopped to check out the sea lions in the harbor. Special platforms have been constructed for them to catch the sun. Maddie did not like them barking at her. 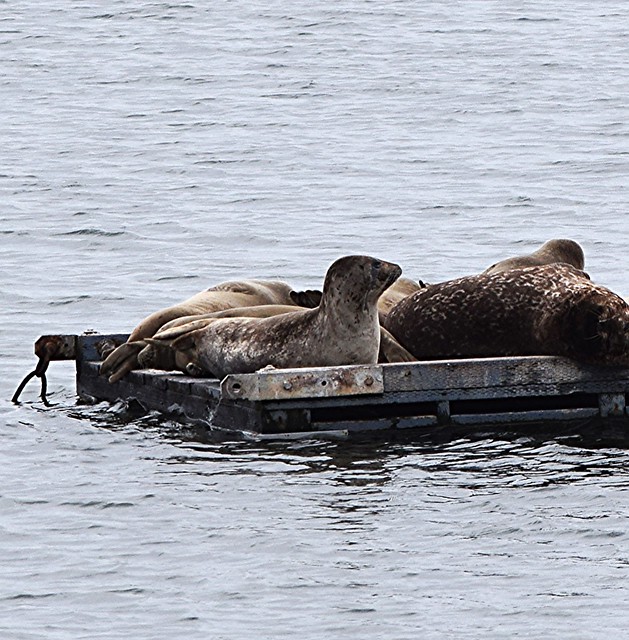 Have you ever heard the term “otherworldly"? Well, that was Howland Hill Road! In fact, it was so “otherworldly" that it was used in Star Wars: the return of the Jedi for the planet Endor and the Ewoks’ speeder bike chases. Howland Hill is a narrow muddy road passing into the heart of the old growth redwoods, allowing barely room for two cars to pass. Cars must creep along to avoid scrapping the old trees. It is simply indescribable. I took a few pictures juxtaposing a car with the trees to allow you to understand their massiveness. 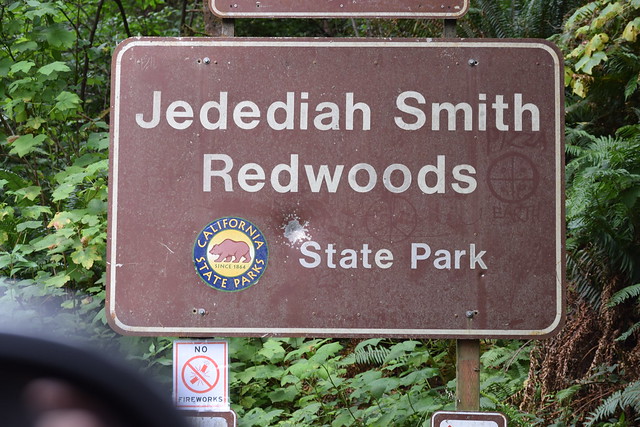 It was a long and amazing day.
Monday we took a long morning walk on the beach across from the campground, did housekeeping tasks and finally a walk to the beach to watch the sunset. 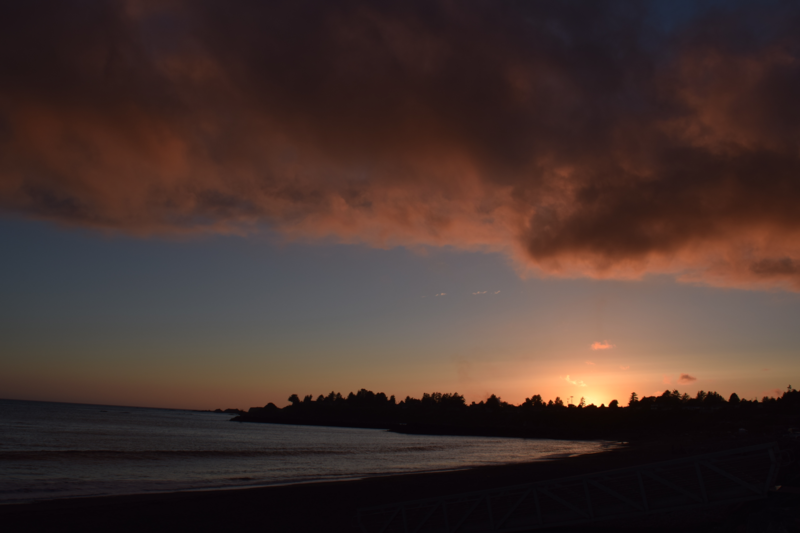 Tomorrow we move on North.