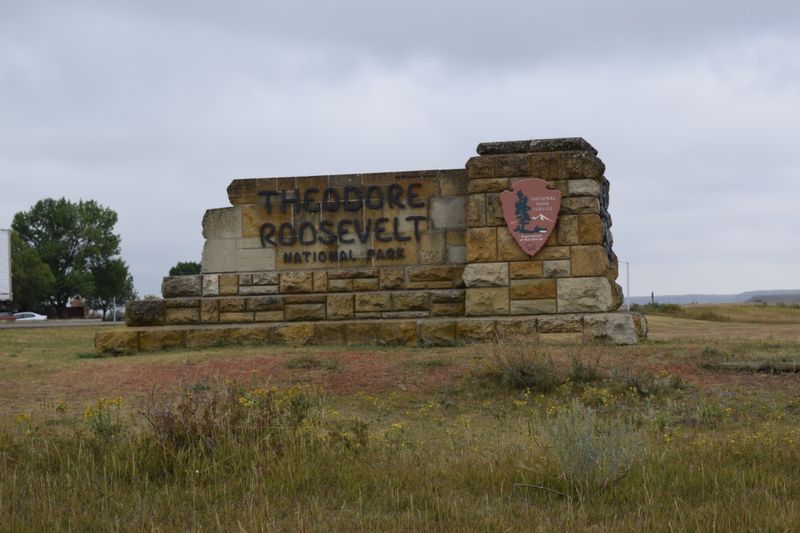 We left Hardin MT in the rain. Our plan was to stop at Pompeys Pillar National Monument, a Lewis, and Clark site, but it required a backtrack and with the rain, we decided not to stop. Theodore Roosevelt National Park and Medora, ND were our goal for the day. Fortunately, with the rain, it was all on I94. With no stops, we arrived in the early afternoon, plenty time to make plans for my Birthday dinner. With all of the mud in the Campground, we did not want to dress up so it was pizza. Good pizza and good company. 70 isn’t so bad!
We planned to stay for three days, visit all three sections of TRNP, and take in the Medora Musical but Monday morning one of my molars was achy and it was still cold and rainy. Not wanting to give up on Teddy, we drove the loop through the South section. The park is in the North Dakota Badlands (https://www.nps.gov/badl/learn/nature/geologicformations.htm) on the muddy Little Missouri River. It is a land of ravines and oddly shaped hills, hoodoos (https://en.wikipedia.org/wiki/Hoodoo_(geology)) and cannonball rocks (https://en.wikipedia.org/wiki/Concretion#Cannonball_concretions. The walls of the ravines are horizontally striped with reds, blues, and blacks between the shades of brown. In the rain it was beautiful, we could only imagine what it is like with the sun shining. Muddy and miserable we still took a few short trails. The wildlife must have been in hiding but we did encounter a herd of about 40 buffalo, three big turkeys, and innumerable prairie dogs. 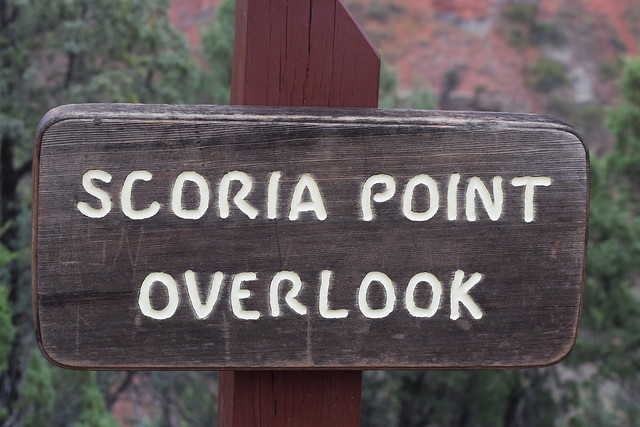 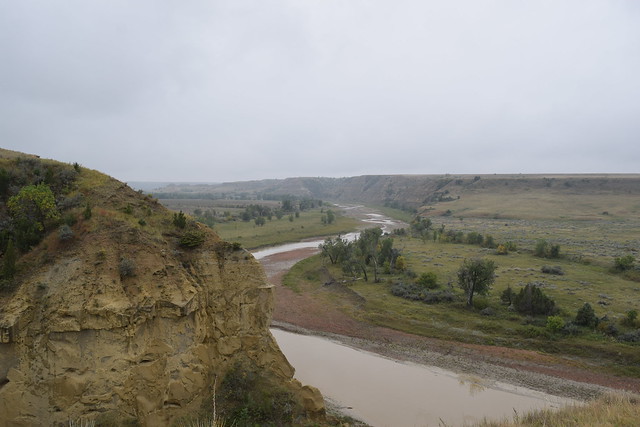 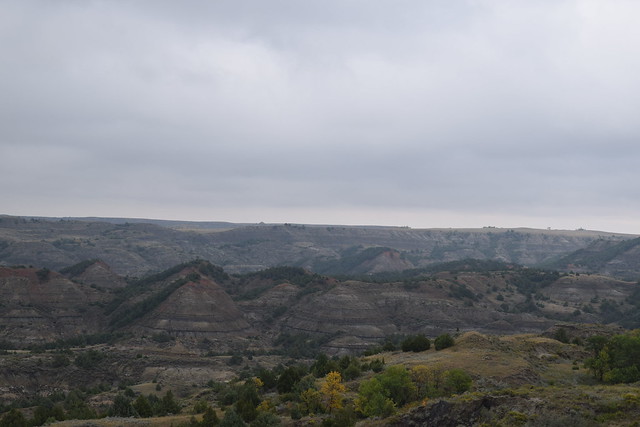 At one point, after a short hike, we returned to the truck to fine our path block by a group of buffalo. If you look closely at a few of the pictures you can see his truck. Fortunately they quickly moved on. 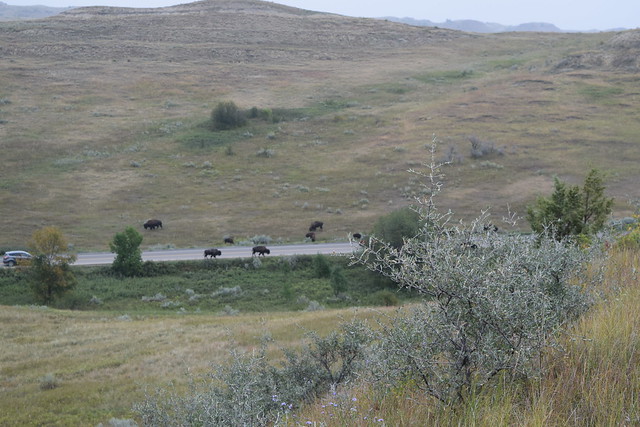 More about TR. Theodore Roosevelt has always been one of my favorite presidents. A dedicated conservationist and progressive he did much to persevere our National Parks and to improve the lives of the American worker. He came to this part of North Dakota after both his wife and mother died on the same day. Here he lived the life of an outdoorsman and rancher. He saw firsthand how our western lands were being devastated by overgrazing and the wildlife was being needlessly slaughter. As president, he would establish 150 national forests, 51 federal bird reserves, 4 national game preserves, 5 national parks, and 18 national monuments. Using the American Antiquities Act he would protect more than 230 million acres of public land. Thank you, Teddy, for saving so much for us.
The National Parks Service moved Roosevelt’s cabin to the Visitor’s Center at the park to preserve it. It was a snug little three rooms. The writing desk in the corner was Roosevelt’s. If you look closely at the exterior walls you will see many names, and initials carved into the wood left by friends and admirers. This is no longer permitted. Roosevelt left his own mark on the end of one log, his Maltese Cross Brand. 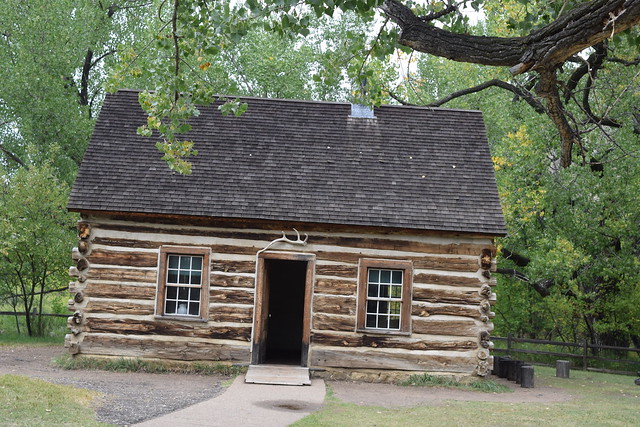 By late afternoon I knew this tooth was not going to get better. I managed to slurp down some chicken noodle soup, load up on painkillers and go to bed. Tuesday morning we started for home. I found a first care facility in Fargo where we could park the RV and I got started on penicillin and oxycodone. Tom, bless him, drove 453 miles to Sauk Center, MN, Wednesday 450 miles from Sauk center to Hammon, IN, and Thursday 360 miles to home. We arrived late in the afternoon, time to get a few things out of the RV and take it to the storage lot.
My toothache was caused by a reinfected root canal. It will require two visited to the Endodontist for drilling and cleaning. The first did not go well, a drop of the solvent splashed in my eye causing additional pain but at least I won’t have to pay for the root canal.
We had planned for another few weeks but home sounds good.