The Richest Hill on Earth

We enjoyed our days in Butte, MT, it is and interesting town with a vast history in the hard rock mining industry. To learn more about it, we took the Trolly Tour from the Chamber of Commerce. A nice old gentleman drove the bus and gave us the highlights. Butte is known as the “Richest hill on earth" with good reason. In the late 1800s gold then silver were found there although they soon played out the copper deposits became the center of mining with the advent of electricity. These mines were deep hard rock mines, the shafts were several hundred feet deep and honeycombed the town. Thousands of miners immigrated from around the world to work the mines. It was said more than 30 languages were spoken on the city streets. This was dangerous backbreaking work that took many lives both in mining disasters and the lung disease that plagued the miners. In the 1950s the mining companies began deep pit mining. The Berkley Pit was the deepest at 1,780 feet, a mile wide and a mile and a half long. It is now filled with poisonous acid water laden with heavy metals. All of Butte was a superfund site, as the mines were located all across the city. Much has been done to clean up the streams and ponds.
The Granite Mine was the site of the worst disaster in hard rock mining history. In 1913 163 men died in a fire in the mine. 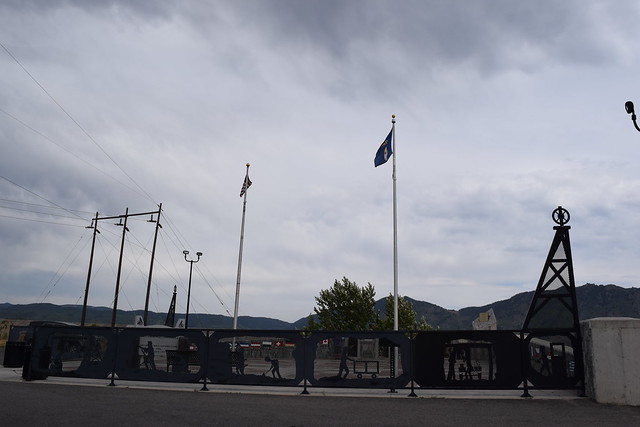 In addition to the trolly tour, we visited the World Museum of Mining. It is a local effort to present the city of Butte as it would have been in the early 20th century. 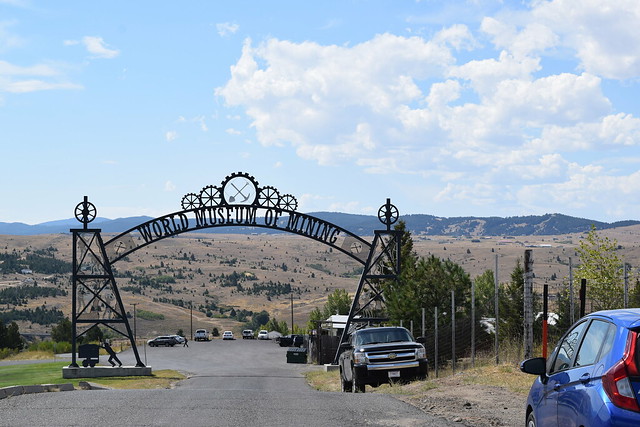 As I said, Butte is an old town that has little restoration. Most of the old buildings are still standing and with them the old signs. Tom and I had an interesting afternoon looking for old signs to photograph. 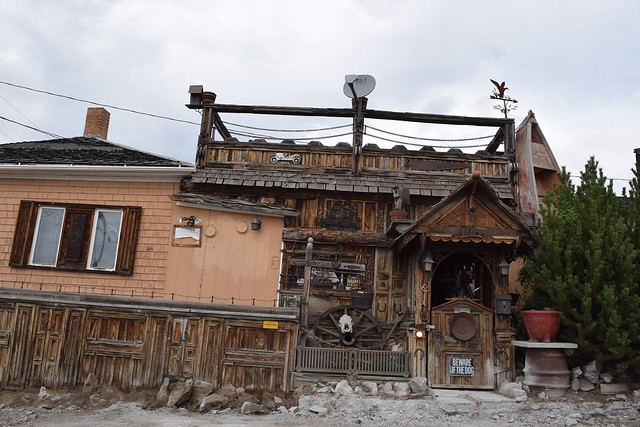 Do you know who Robert Craig Knievel is? If you are our age you do. Evel Knievel was daredevil famous for jumping multiple trucks, cars and other things on his motorcycle. He even attempted to jump the Snake River near Twin Falls ID. Evel was a life long resident of Butte and is buried in the local cemetery. Of course, we had to visit his grave, while there we met a former resident that knew Evel in his stunt days. 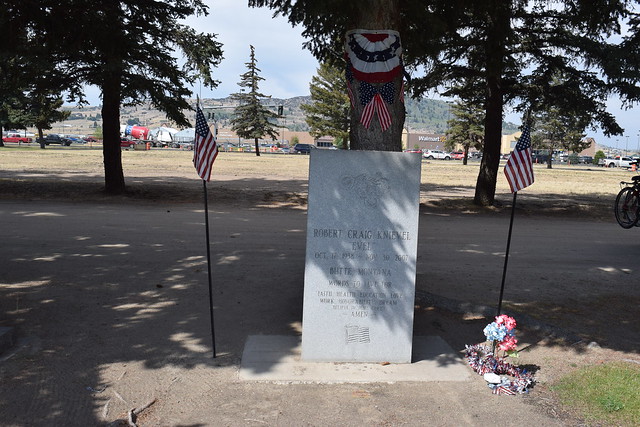 Our other adventure while in Butte was a visit to Philipsburg (about an hour southwest) to mine for sapphires. There really is a sapphire mine near there but we purchased a bucket of rocks to search in town. With the assistance of a staff member we did find several small and two nice sized sapphires. We sent the 2 large ones off to be cut. Philips burg is a restored mining town with a great soda fountain, several nice shops, and a huge candy store. The drive there was stunning. On the way back to Butte we stopped in Anaconda another old mining town. It was a fun day. 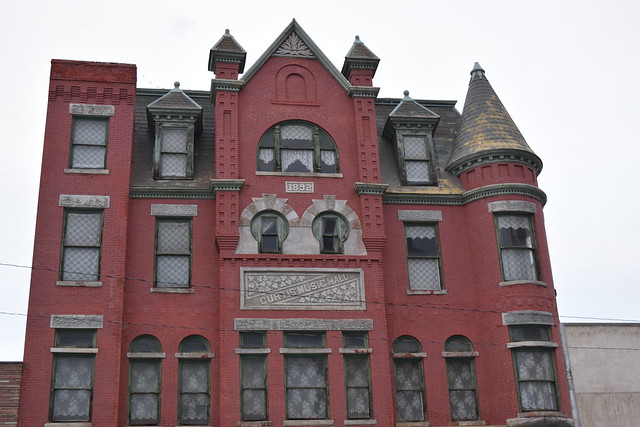 After much discussion, Tom and I reached the decision to pass up Yellowstone NP. Our decision was based on two issues. First, the fires in and around the Park, although they are not threatening there is the problem of smoke. The Montana Dept of Air Quality gives the area of West Yellowstone a hazardous warning for the elderly, children and people with respiratory problems. Don’t know if we are elderly but… The second reason is the weather, next week is to have highs in the low 60s and lows in the low 30s with drizzle. Not really great sightseeing weather. So we are now in Hardin, MT and tomorrow we will visit the Little Big Horn National Monument.