Do you remember the Spring of 1980? Do you remember the chatter on the nightly news about a volcano out “west" that was rumbling? Did you ever hear of that volcano before? I hadn’t. Who could believe that a volcano would be endangered of erupting in the United States? Well, OK in Hawaii or Alaska but in the lower 48? No way. Then on May 18, 1980, it happened, the mountain blew up. Now everyone knew where Mount Saint Helens was and yes a volcano can erupt in the US.
Those of us living then will never forget that name. Visiting this mountain has been so amazing, the devastation and recovery of the area are unbelievable. The beauty of the mountain is incredible. Our first day driving into the Gifford Pinchot National Forest to get a glimpse of St. Helens, we thought it would be a quick trip after arriving at the RV Park in the afternoon. Yes, there were a few quick glimpse but the mountain, despite its size, hides behind other mountains and in the clouds but it was still miles away when we turned around. We were low on gas and it was getting late so we returned to the RV without reaching the top viewpoint.
Day two we drove south to seek out the mountain from the south viewpoints. After visiting Ape Cave (a lava tube) and the Lava River, Tom, wanting to see Mount Adams, began a tour of the National Forest Roads. We did see Mount Adams and took some amazing pictures but with many of the road washouts we ended up going back to the RV after a long drive.
Saturday was to be a special day, I'll explain why later, but it was rainy and very cloudy. Waiting for the weather to clear was not easy but later we returned to the road to the North side of the mountain. This time, we followed it to the top! So very amazing, each turn of the road offer new vista both of the devastation below and the mountain above. At the top of the road was the Johnston Observatory, named for the young geologist who died in the explosion. A movie explained all of the details, then a short climb to insurmountable views. 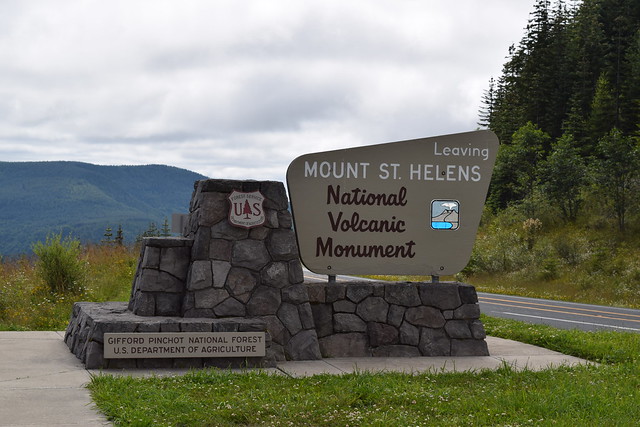 Sunday morning we left the campground early to visit another National Park, Mount Rainer. Rainer is the highest mountain in the lower 48 and also a volcano. How many ways can I say amazing! It was so beautiful with its white snow cap, rushing streams and gushing waterfalls. It seemed to offer a new face each time we turned a corner. 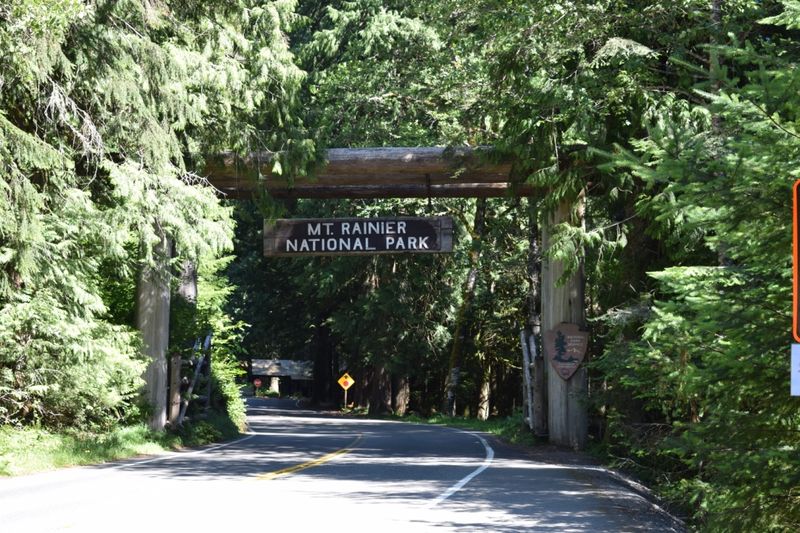 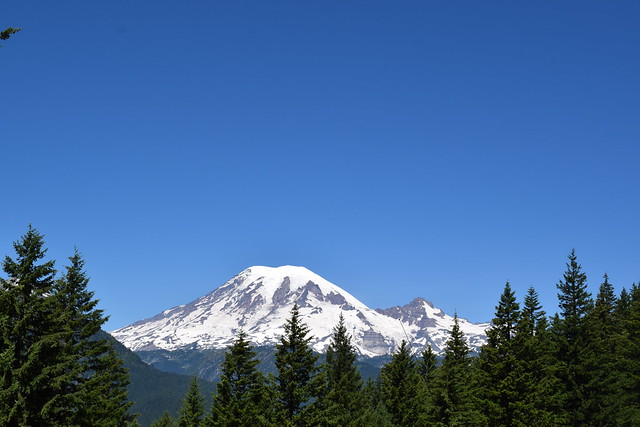 But we had to be back at St. Helens by 4:30 for the crowning event of our time in the Cascades. A helicopter trip into the crater, the ride we had planned for Saturday. I have a certain stomach-turning fear of heights but this was one time I would not let it beat me. The trip was incredible, for 40 minutes we flew above the washed out areas the mudslide had covered, saw trees by the thousands ripped out of the ground by their roots, new rivers and lakes created by the explosion and then after circling the outside we descended into the heart of the crater to see the new cap growing. Too soon we were back at the helipad and our trip was over but never forgotten. 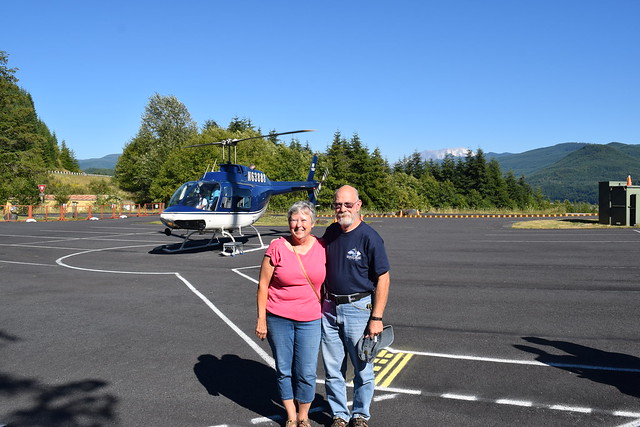 Due to our early departure from Rainer on Sunday, we extended our stay for one more day to see more of this glorious mountain. Entering through the east gate we travel up the Sunrise Road to the alpine meadow facing the glacier covered cap. 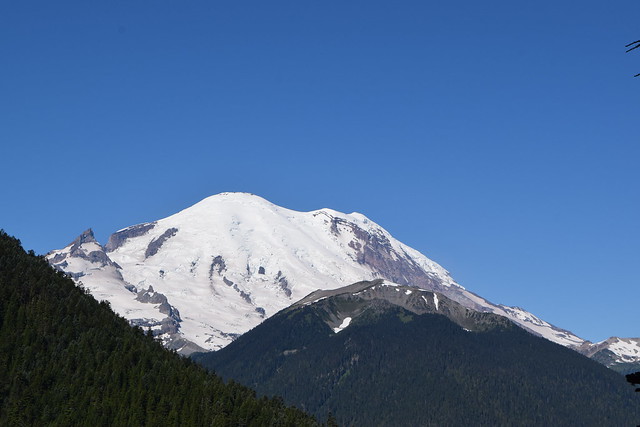 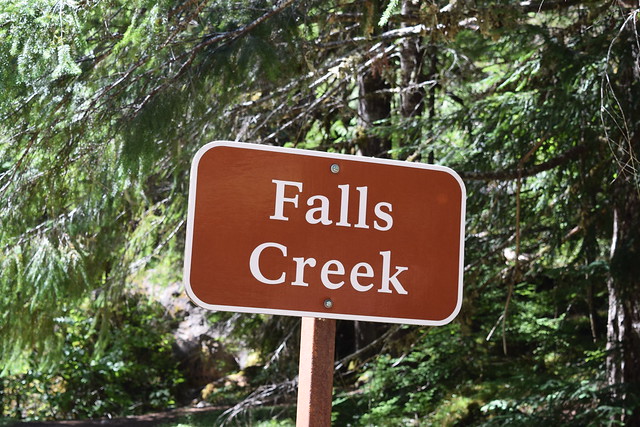 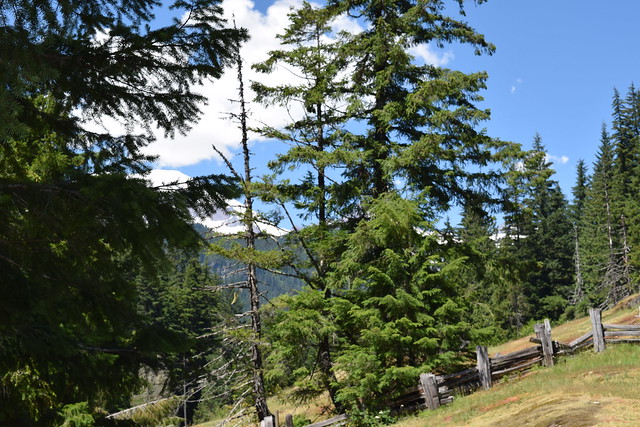