Yesterday we moved from a little campground near Leavenworth, WA to the Chelan County Expo Center in Cashmere, WA. It is getting very difficult to find a weekend campground, we hope things will ease up as we move into August and school beginning.
We took a few road trips the past few days, first going west again across Stevens Pass on US Route 2. The first part of the drive was through a deep river valley with towering mountains on either side, then once over the pass through miles of evergreens with rushing streams around us. It was lovely day. We stopped several times to admire the view but one stop at Deception Falls was really special. 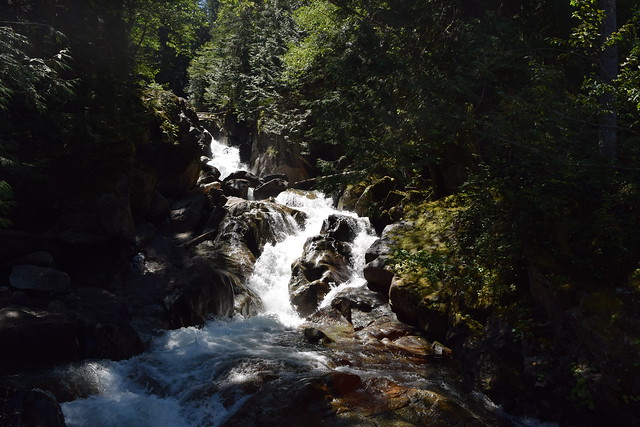 Yesterday we decided to go to see The Grand Coulee Dam. We have heard the name so often, so even though it was a distance away we took the opportunity to see it. Built in the 1930s with Federal money that was to be repaid by the State of Washington. Its purpose was flood prevention, irrigation of the Columbia Plateau, and electric power. It was the largest concrete structure ever built until the completion of the Three Gorges Dam in China. It is an amazing structure.
http://www.nwcouncil.org/history/grandcouleehistory 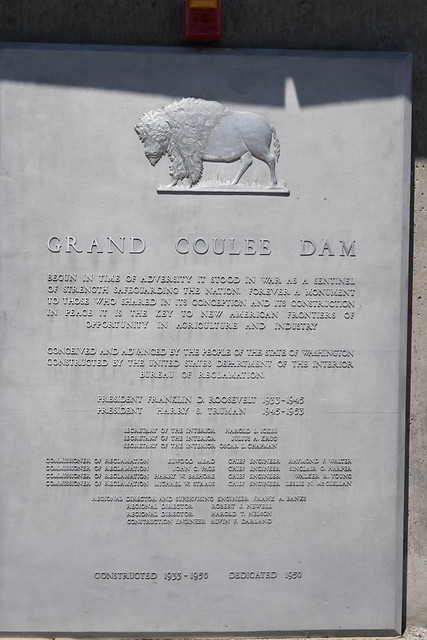 Our drive was quite interesting. After following the course of the Columbia River north for several miles we turned east up to the plateau. This is wheat land. Acres and acres of wheat stretching for miles, shimmering golden in the sunshine. Then down into the barren rock coulees.
I have not mentioned the fruit trees that surround us. Remember those ads for Washington State Apples? Well, this is where they are grown, acres and acres, miles and miles, hundreds of thousands of apple trees as well as pears, cherries, blueberries, and apricots. Houses surrounded by fruit trees! It is amazing. We have been feasting on fruit fresh from the trees.
Our last side trip was to Lake Chelan. It is the most beautiful lake I have ever seen. 50 miles long, fed by mountain glaciers, it is so blue it hurts you eyes. It was a lovely day. 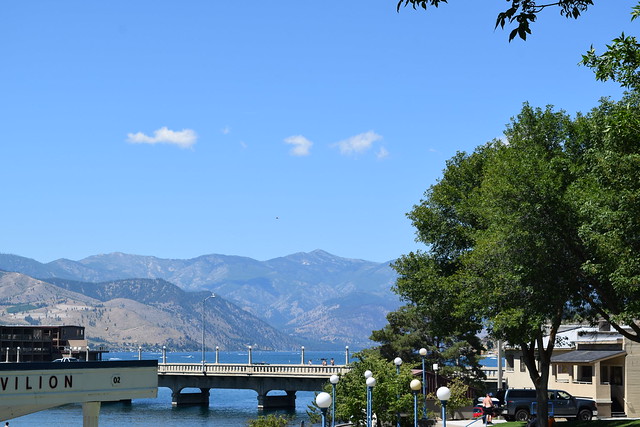