Volcanos all around us

We have left the dry lands of the High Desert behind and entered the Cascades. First seeing them at a distance we stopped the RV to just stare and, of course, take a few pictures. There were four peaks, Bachelor, and the Three Sisters. So beautiful! 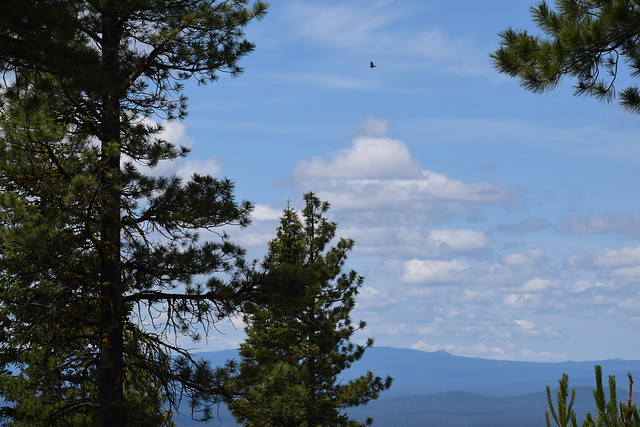 Our route circled south of Bend, OR, a town known for its outdoor sports, and went down US 97 toward Crater Lake National Park. We were going to stay at LaPine State Park for three nights. As we traveled along we passed the Newberry National Volcanic Monument. Only a few hundred yards from the highway was a massive lava field and a volcano cone. Our curiosity was peaked. We set up camp quickly, then returned to the volcano. Lava Lands Visitor Center is the home of Lava Butte a 500’ cinder cone, and the Trail of the Molten Lava. We immediately hopped on a bus to the top of the cone. Wow! The views were astonishing and we could look down into the collapsed caldera of the cone. Directly below was the lava field, acres of black lava spread across the landscape, in the distance the beautiful snow-covered peaks of the Cascades. The Trail of the Molten Lava, although paved, followed the hills and valleys created by each new eruption of the volcano as it flowed over and under previous layers creating upthrusts and valleys. I had imagined a lava flow as a smooth sheet flowing down the mountain but here it is rough with holes, cracks, peaks, and small tunnels. The lava here is basalt, grainy not at all smooth. The end of the climb was another amazing view of the distant mountains across the field of lava. This lava field was thousands of years ago, yet there was very little vegetation, and the only animals know to live on it are the golden mantle chipmunk, a ground squirrel, and the pica. 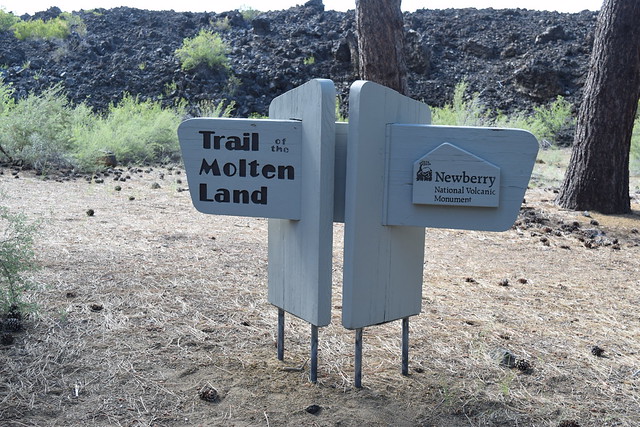 The Newberry Monument is separated into several areas, we decided to visit the Newberry caldera, Paulina Peak, Paulina Falls and the Obsidian Lava Field all located about 15 miles east of our campground. Tom and I do not usually purchase a tee shirt everywhere we visit but we could not resist the “Go With the Flow" shirts at the Visitor Center. With advice from the Ranger, we went first to the Obsidian Lava Flow. Obsidian rock is glass, smooth and shiny, beautiful to touch, the lines of the flow visible. The trail, again only 1 mile with an elevation gain of only 500’, was not easy. Really just a path through the great chunks of lava it leads to an unbelievable view of the entire field and the beautiful Paulina Lake, like Crater Lake really a water-filled caldera. Spectacular! 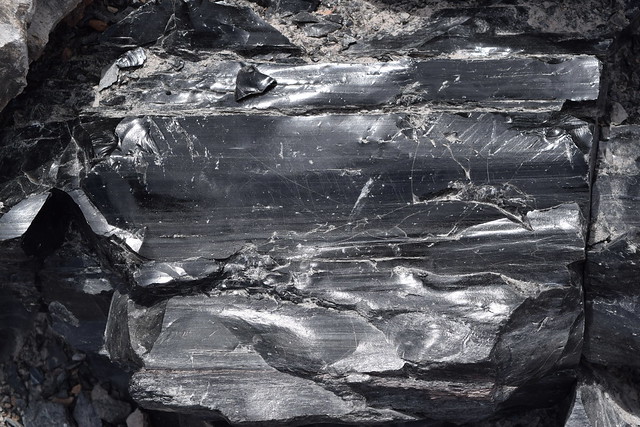 Next was Paulina Peak, the broken mountain top of the volcano. 1400’ to the top. Fortunately, there is a road, Tom drove us up. From the very top is an unbelievable 360-degree view of the lakes, mountains, and lava fields. We could have stayed for hours just gazing over the edge. I hope you can appreciate this spot from my pictures. 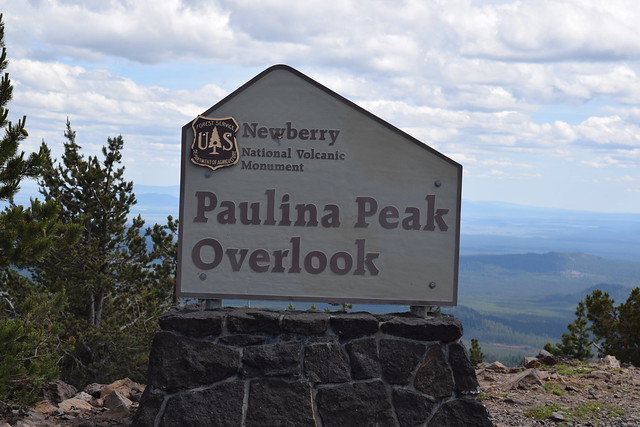 Our last stop of the day was Pauline Falls. We almost skipped it as the hour was getting late but we are so glad we did not. What the falls lacked in water volume it made up for in it’s striking beauty. 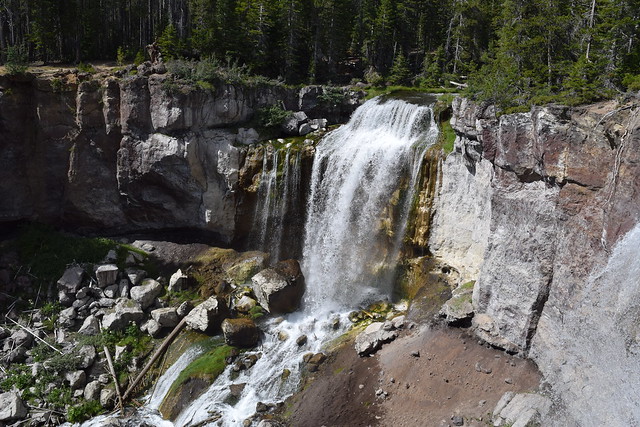 There are no superlatives that will give justice to Crater Lake. When we rounded a bend and caught that first glimpse I gasped! We had hoped to take the lake boat but could not secure tickets but that did not diminish our enjoyment. Starting at the 1915 Crater Lake Lodge, we purchased coffee & Marionberry muffins (the best muffin to ever cross my lips) and took the time to just sit on the terrace gazing out at the startling blue water surrounded by the walls of the crater. The remainder of the day we hiked a few trails (my lungs trained at 1000’ puffed at 4000+) drove the rim road for the many outstanding views, purchased a few souvenirs and at each stop paused to just gaze that this phenomenon of nature. 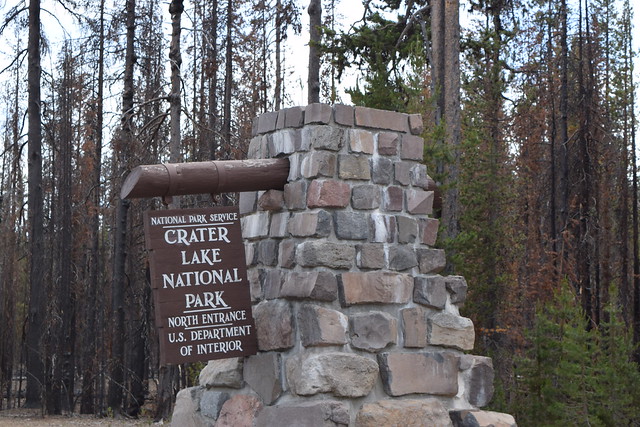 If you are interested in how the tallest volcano, Mount Mazama, in Oregon became Crater Lake and other astonishing facts please check these pages.
https://www.nps.gov/crla/index.htm
Two last things. Our campground, Lapine State Park, was the home of the largest Ponderosa Pine in Oregon. 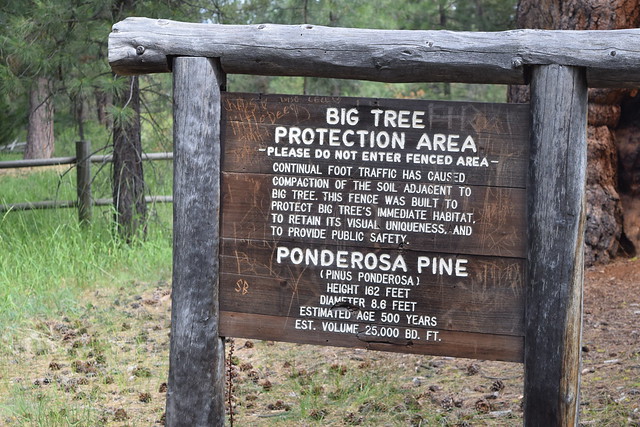 And have you ever seen a sky like this? 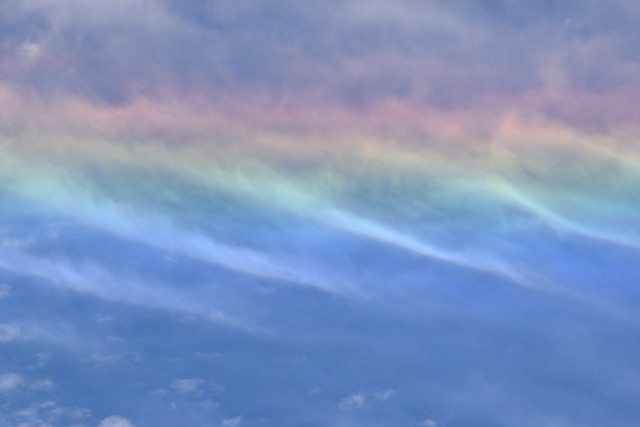 Next stop the Oregon coast by way of the Redwood National and State Forest.