I found a casino just east of Sacramento with free overnight parking. The price was right, so we stopped. It was nice, lots of other boondockers for company and many big trucks. We met two interesting couples, Jim and Beryl from Pennsylvania and Judy and Mike from California but originally from Massillon OH. Judy was the 1961 Central Catholic grad. To all you non-Stark County people, Massillon is only about 6 miles west of Canton, and I was a 1965 Central Catholic Grad. We had two pleasant evenings chatting with them. Tom was concerned about the motorhome brakes, so we took an extra day to have them checked. All was good!
Wednesday, October 10, we began our trip down to Yosemite National Park. It was so pleasant, after we were out of Sacramento, driving through the flatlands of the valley. I referred to it as the "Big Valley" because we passed through Stockton. http://barkleyranch.wikia.com/wiki/Barkley_Ranch_Wiki There were acres and acres of groves of trees and grape vines. I googled the trees grown in this area and found they are almonds, plums, peaches and nectarines, walnuts and pistachios and of course grapes. The countryside was lovely. Soon we reached Merced and turned eastward toward the mountains. The rolling hills became steeper and steeper with the mountains rising up in the distance. We arrived at High Sierra Campground in Oakhurst in the late afternoon. Tomorrow the Park.
The road to Yosemite was twisting and turning 16 miles, though mostly forested hills. Once again out trusty Senior Pass gained us free entry. I love that card! Immediately inside the gate was the entrance to the Mariposa Grove of Giant Sequoias. Because we brought Gracie, Tom had to wait with her while I took the shuttle up to the grove. I think my jaw became unhinged when I saw the first of these trees! Their immense size, girth, and hight is amazing. I took the Giant Grizzle Trail loop, a two-mile hike that includes the Bachelor and Three Graces, the California Tunnel tree as well as the Giant Grizzle. No matter how many pictures I have seen or stories I have read, nothing prepared me for the reality of these Giants. 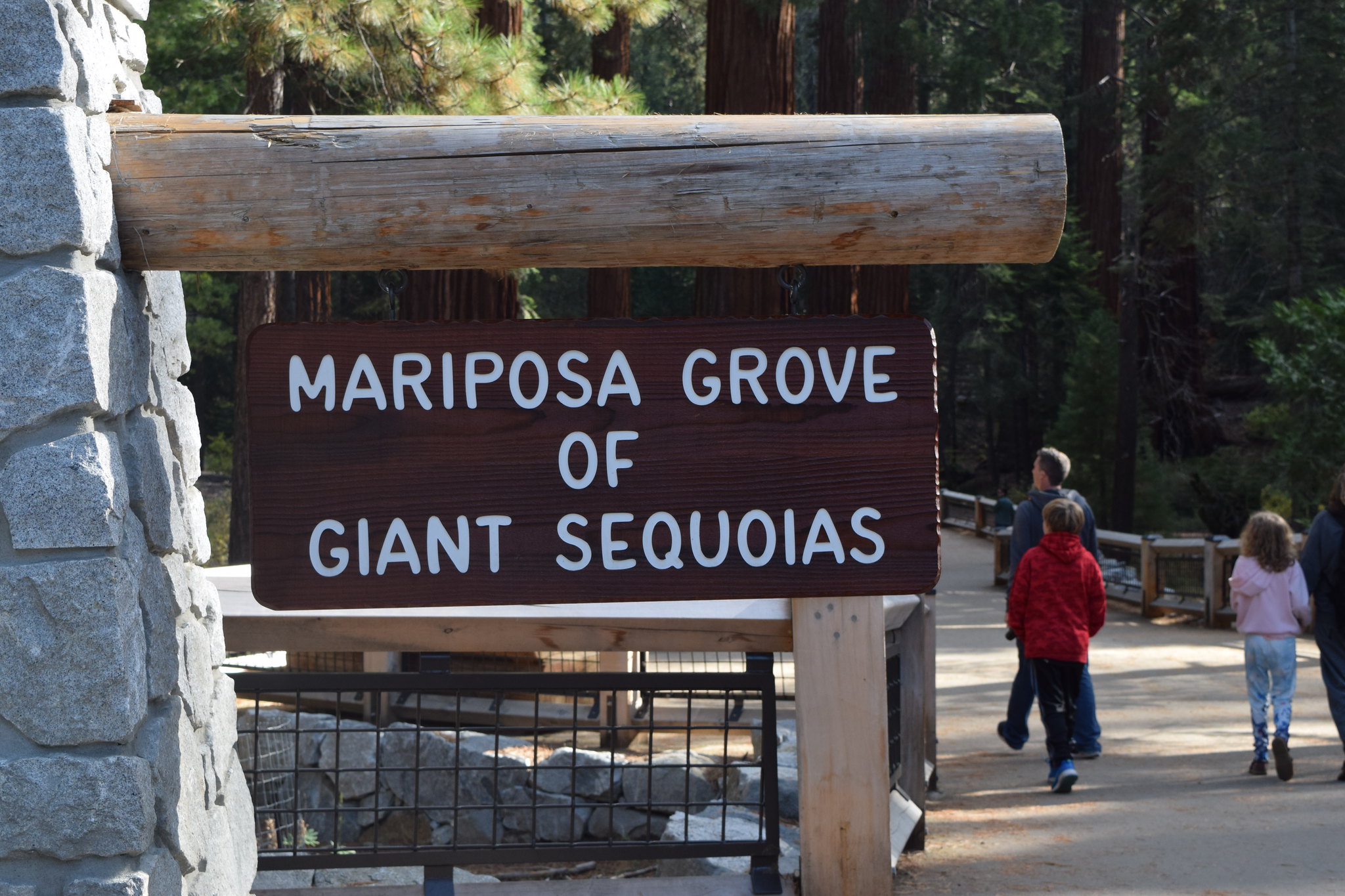 Tom and Gracie used the time I was alway by taking a nap and reading the Yosemite newspaper. They were ready to go when I got back to the car. Next stop, Glacier Point. We followed Wawona Road, then Glacier Road to the top (20 miles 36 minutes). Our first stop was Washburn Point, with heart-stopping views of Half Dome, and Vernal and Nevada Falls. Just when we thought it could not be topped, we arrived at Glacier Point. Out on the point, there is a 370-degree view of the Valley. After Tom took off with my camera, I asked around to see if Gracie was legal on the trails. Yes, she was! So we leisurely walked up to a point, then sat awestruck our surroundings. (For those of you wondering, Gracie pays very close attention to everything around her. She does seem to be looking out at the mountains but more to her style she is looking for little kids and other dogs.) Circling back around we took a rest on the stone bleachers to just look at the mountains. We also met Ella, a Portugees Waterdog. Next stop the store, could I go in with my companion? Yes, after quick brows of the goods, I grabbed a cup of coffee. Outside we met Gracie, a lovely 16-year-old person who wanted her picture taken with Gracie. Back at the overlook, Tom showed up with the camera. We could have stayed for hours, but the valley called. 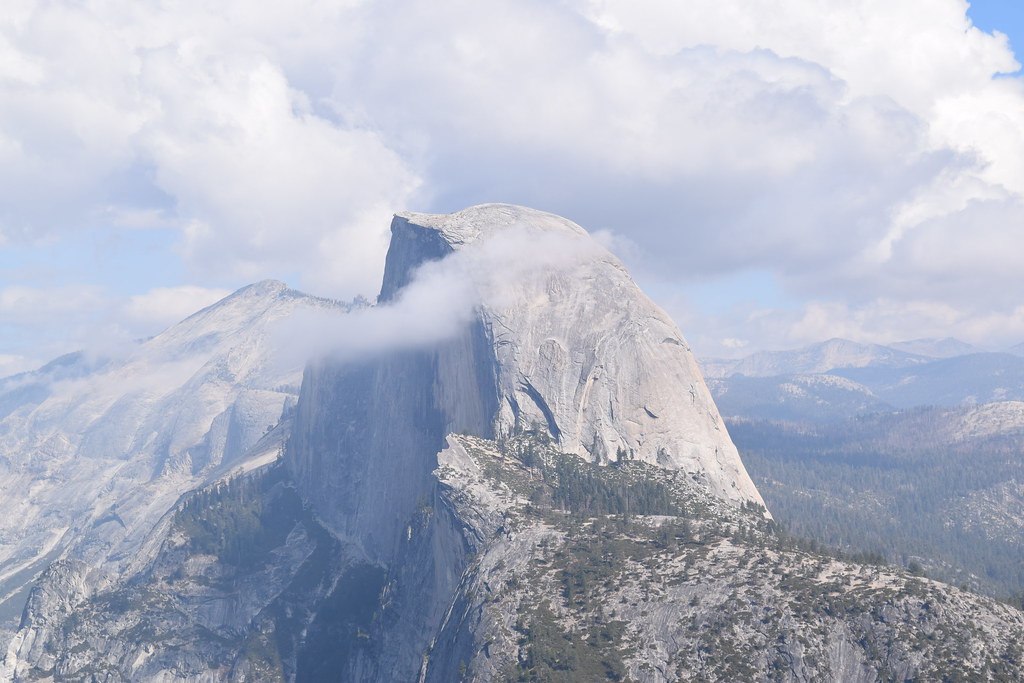 I must mention the destruction done by the Furguson Fire in Yosemite. As we climbed up the Glacier Point Road, we observed vast swaths of burned trees. Back down on the Wawona road, we drove through this area. It was tragic how many trees were destroyed by the fire. 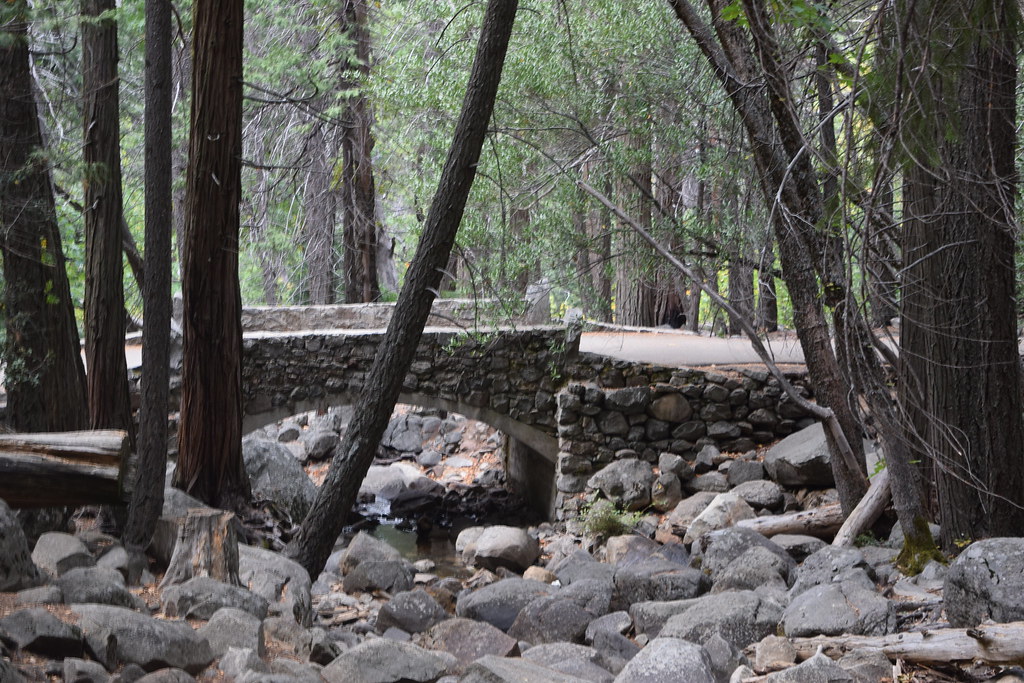 Ahead was the tunnel view, exiting the tunnel is a fantastic view of the valley and our first sighting of El Capitan. This giant granite cliff dominates the valley on the right with Half Dome rising on the left. For Tunnel View, it is only a short ride down to the valley. It was getting late, so we just had a short time in the valley. After a drive through, a stop at the camp store we had to start back to our campground for the night. 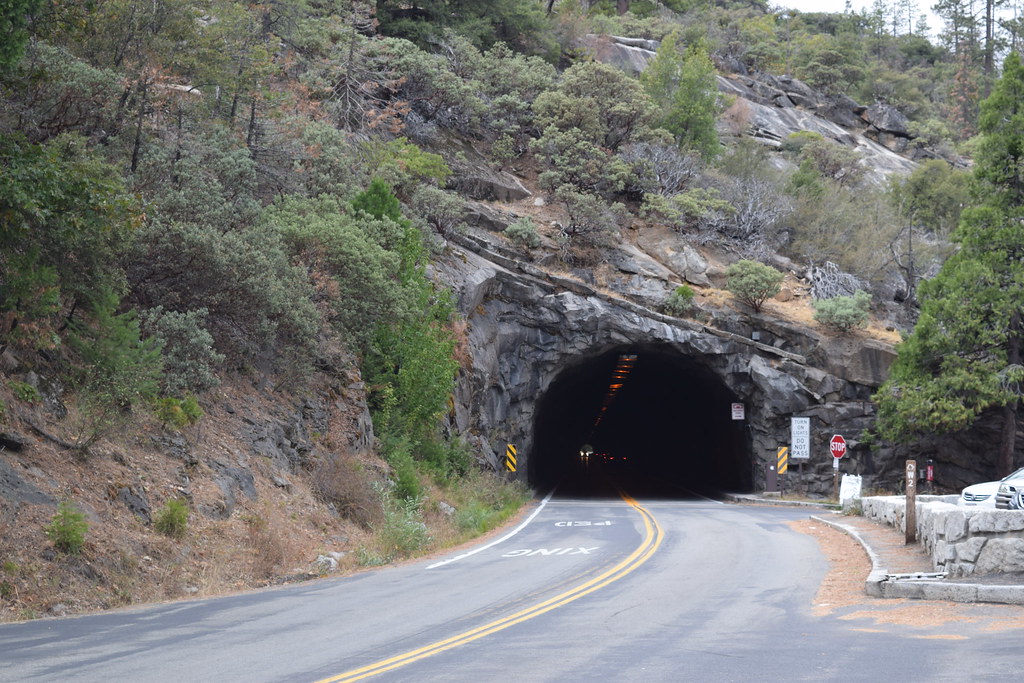 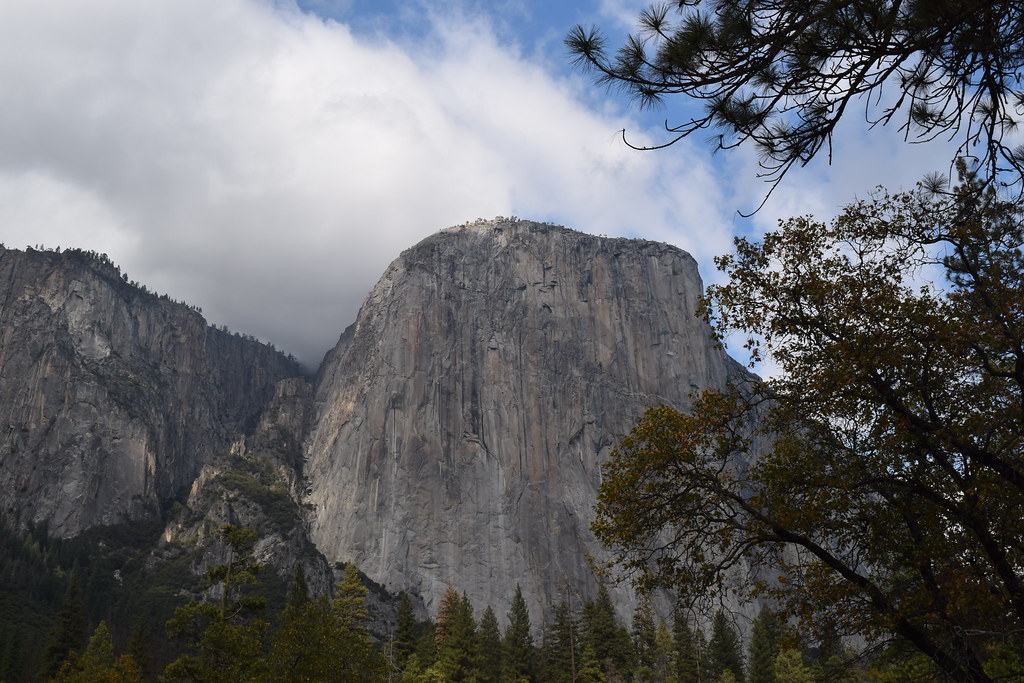 Day two we got an early start, about 7:00 AM, planning to drive across the Tioga Pass to Lee Vining. It is only about 113 miles but with the winding roads and frequent stops we knew it would be all day. It required us to drive down into the valley then up the Big Oak Flat Road to its junction with CA 120, then east across the Tioga Pass (9943 ft). We made many stops along the way, to beautiful to describe in words. I hope you enjoy the pictures. 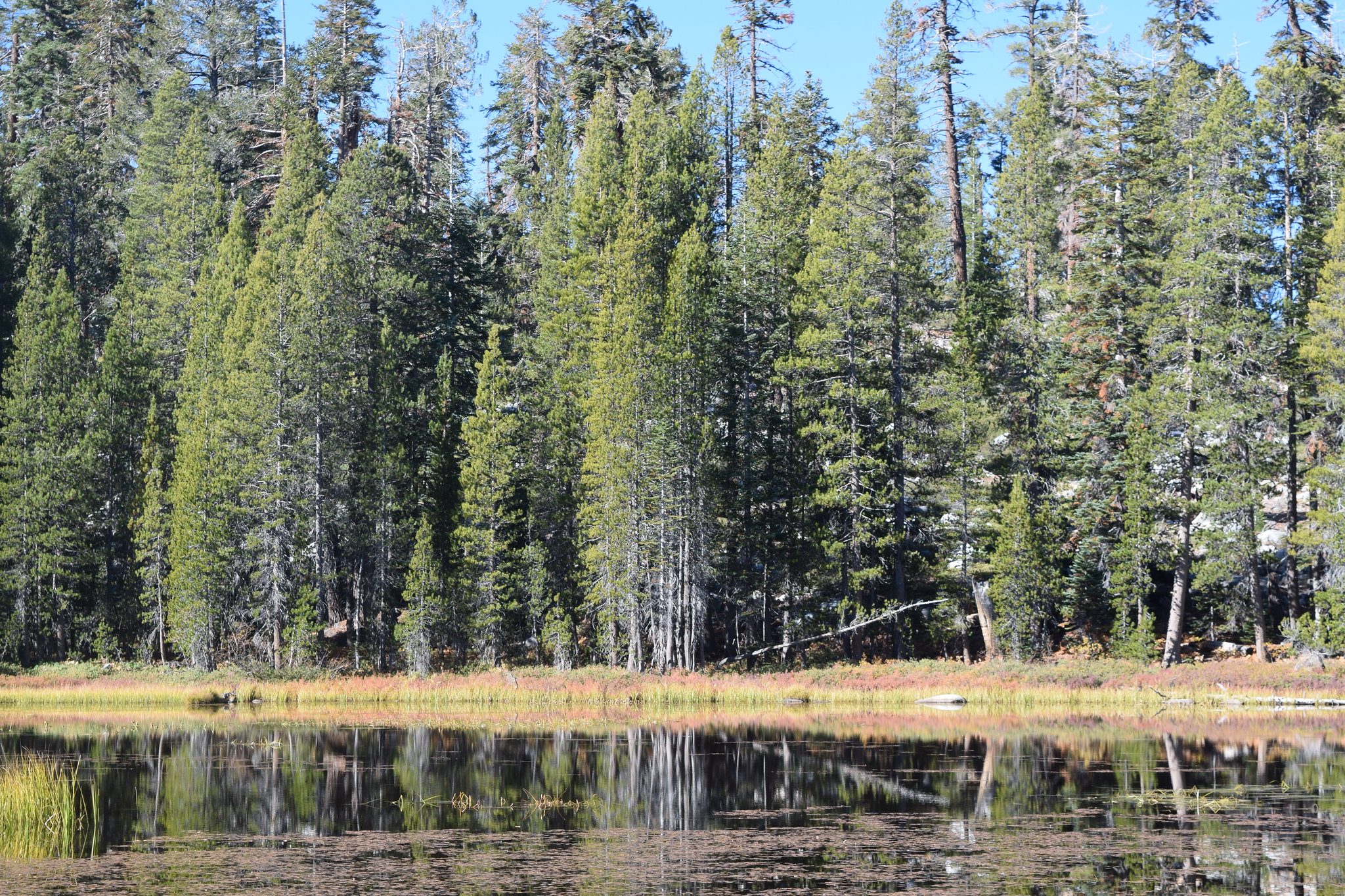 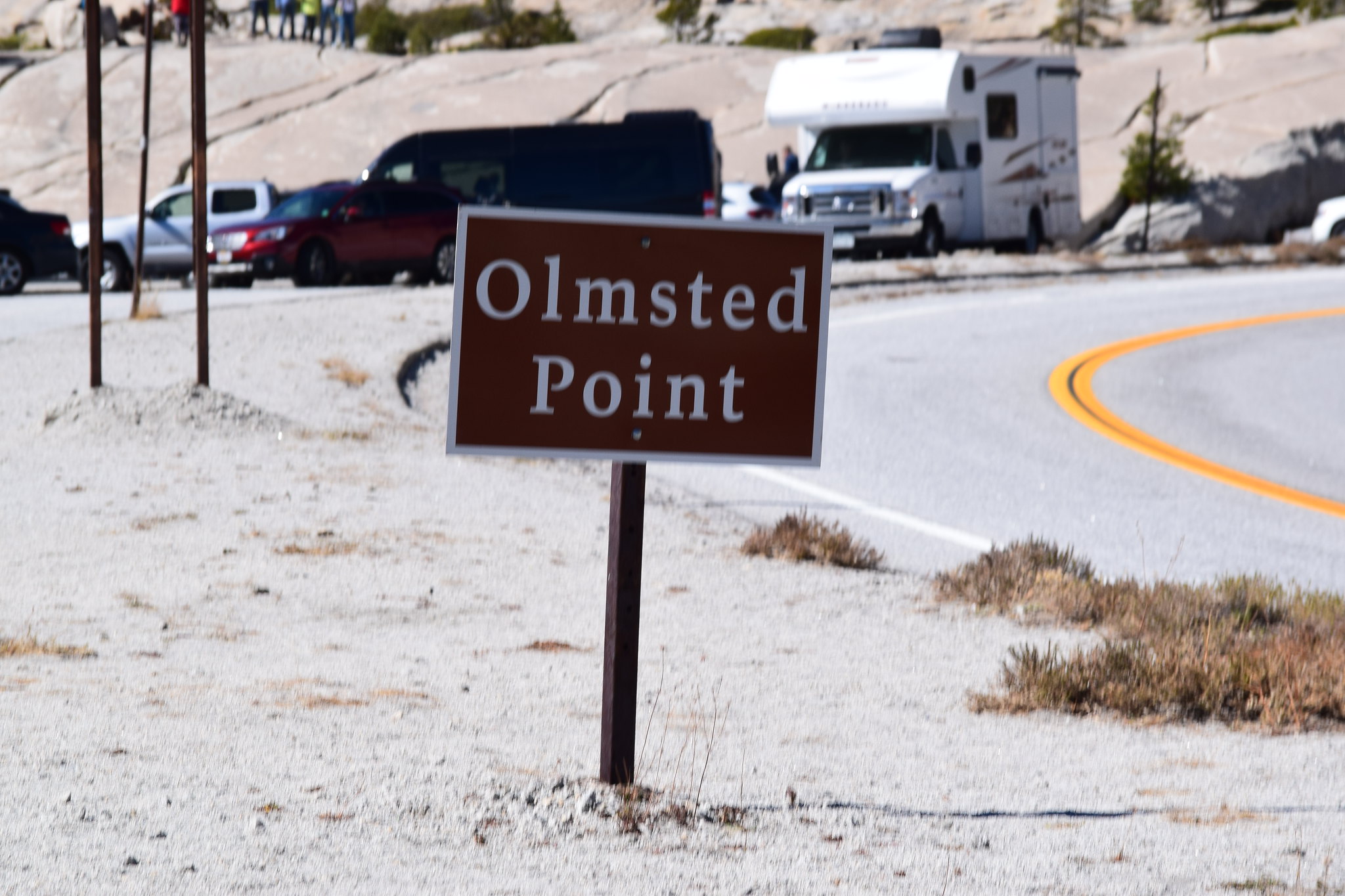 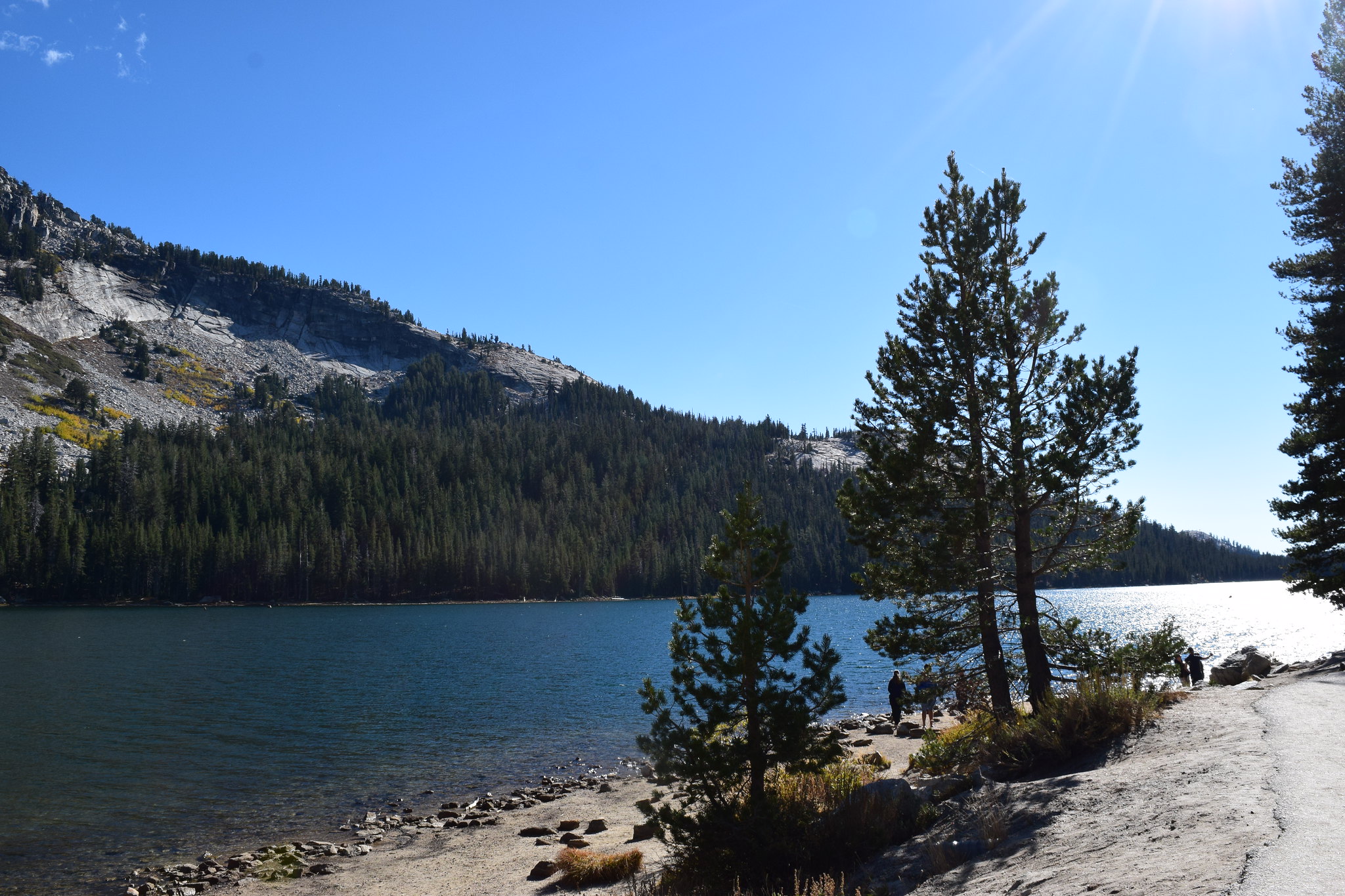 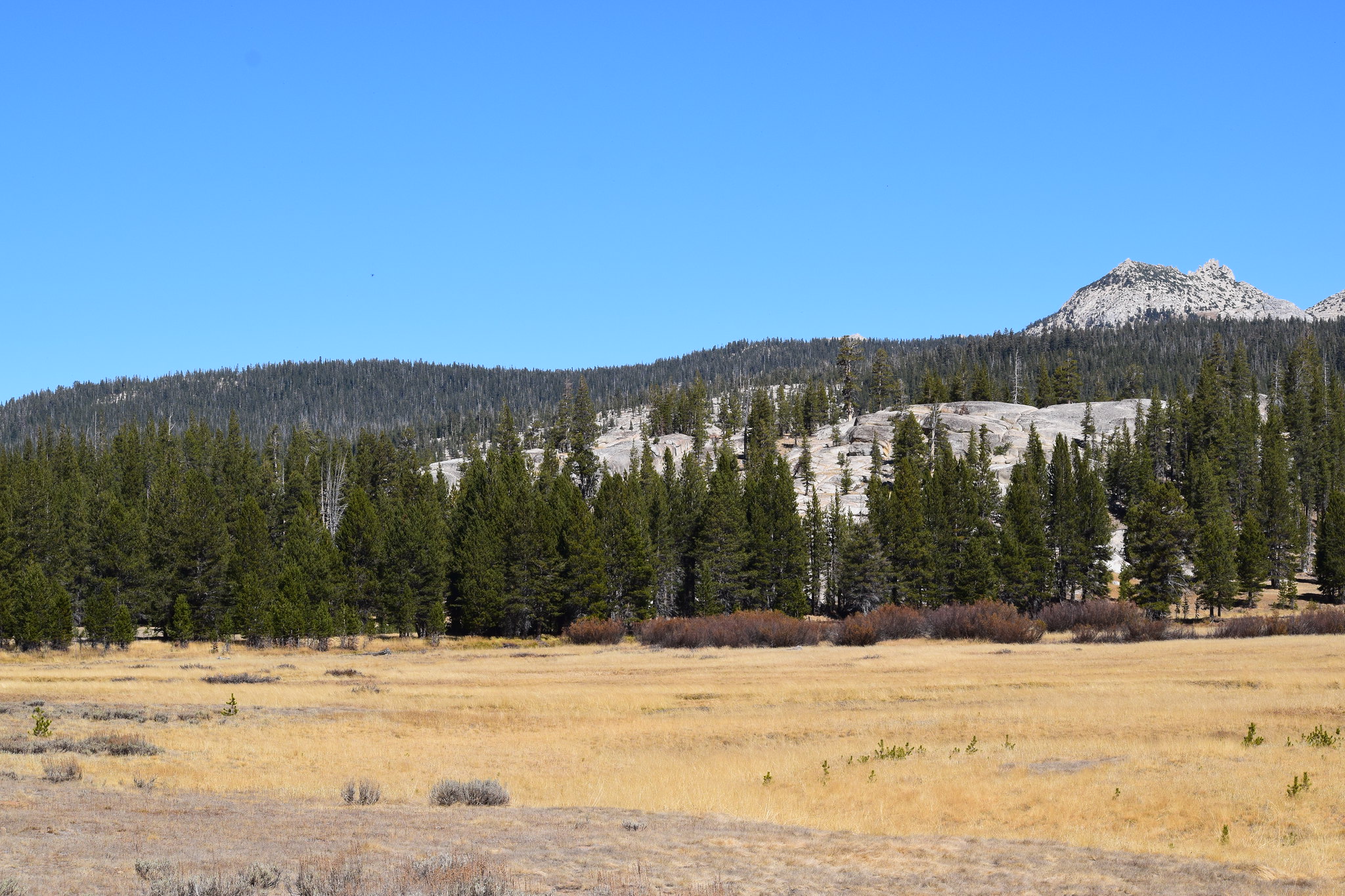 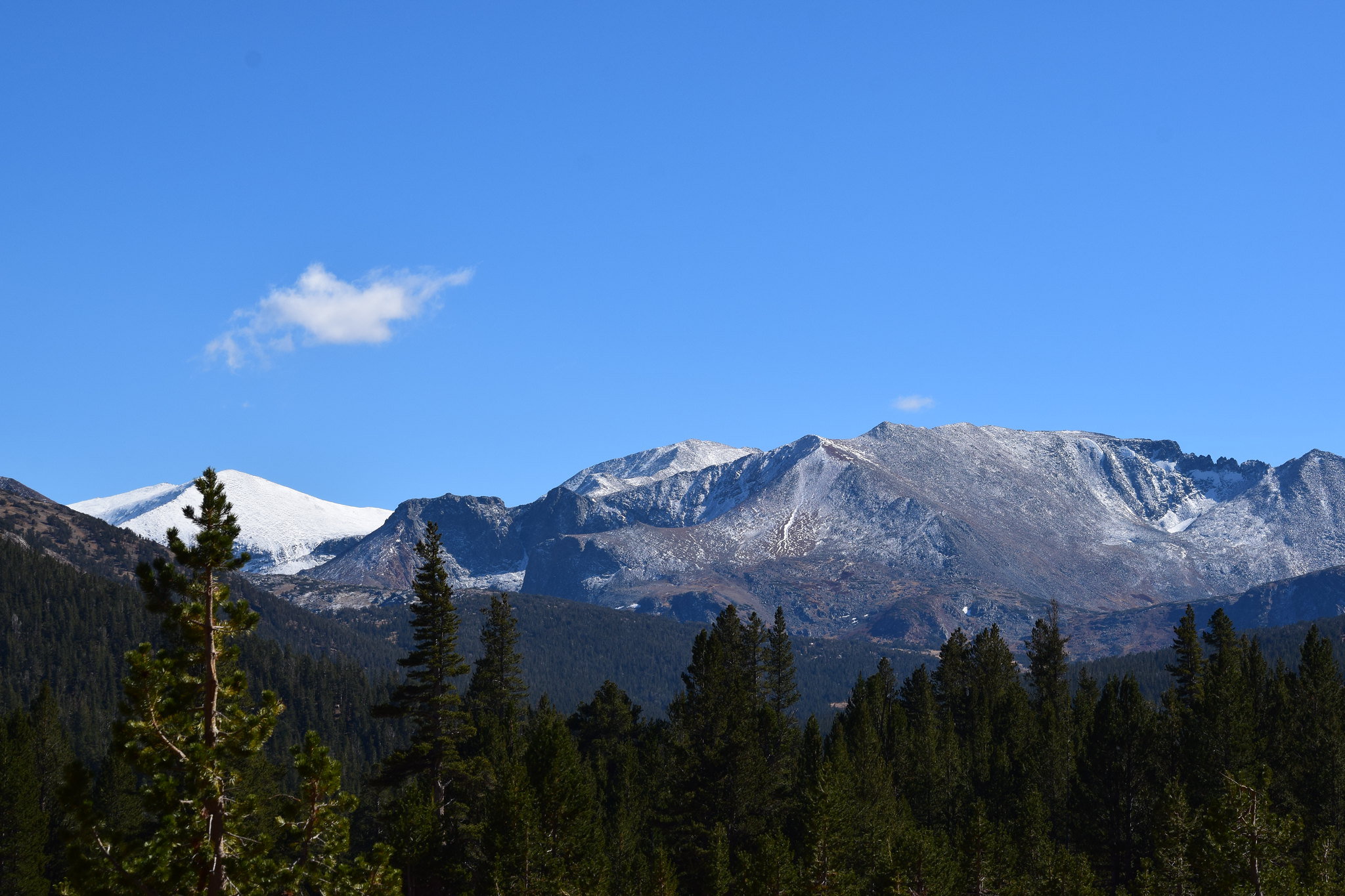 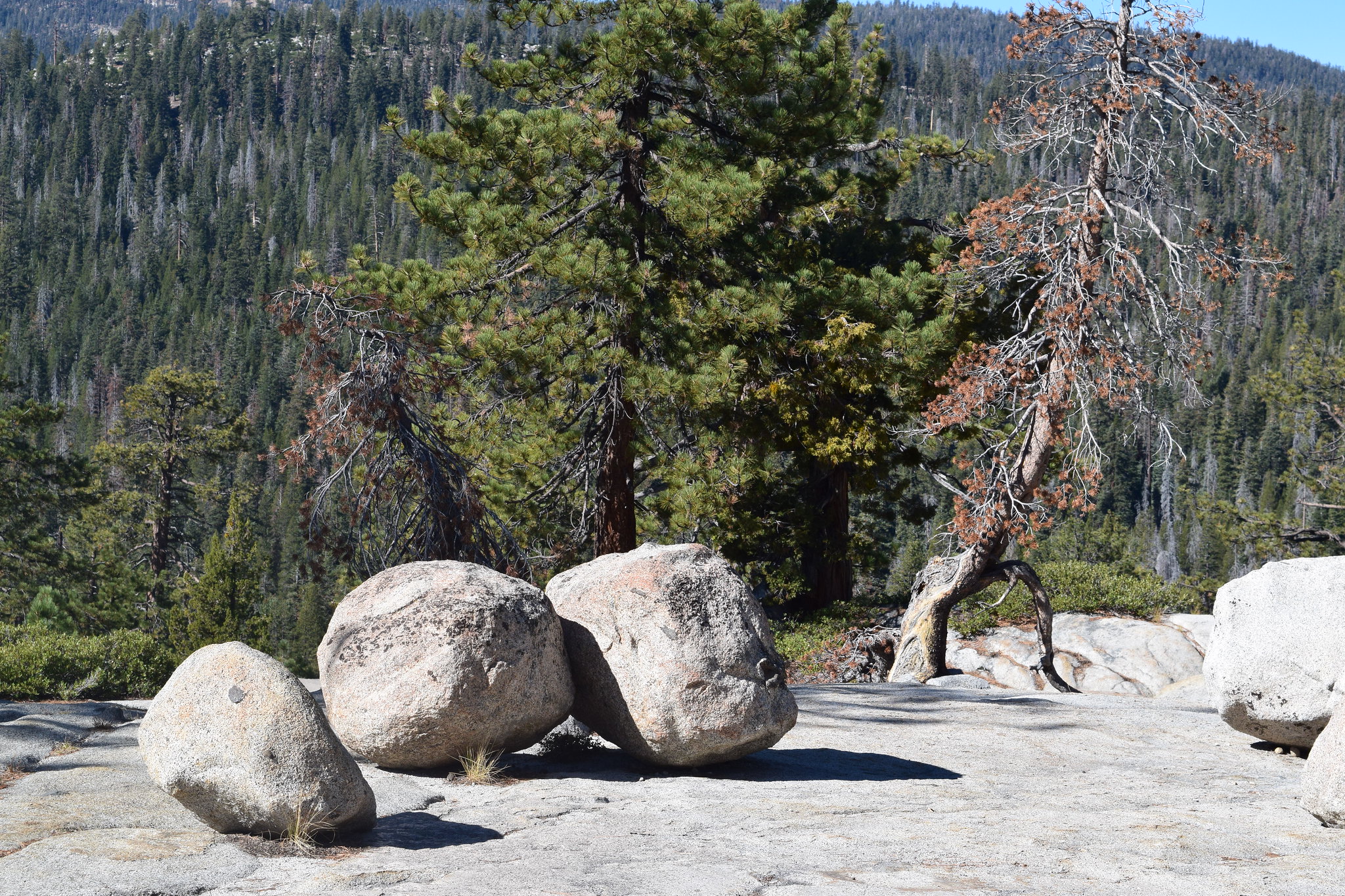 On Saturday planned to go back to the valley but the traffic into the park was backed up for miles. Oh well, next stop Sequoia NP.